Some natural phenomena can be more impressive than even the latest sci-fi movies with the coolest visual effects. Nature also has its own way to inspire people, and the following phenomena are living proof.

Perhaps this is the most impressive natural phenomenon. It is caused by the collision of charged particles with the Earth’s atmosphere, which due to the magnetic field of the planet are directed toward the poles.

This phenomenon, often called “devil fire”, describes the tongue of fire that grows vertically in relation to the ground, resembling a fiery column and forming a turbine. It’s probably one of the scariest natural phenomena to witness.

The waterspout reminds a turbine of fire, consisting of water. It is formed when strong winds or tornadoes raise large amounts of water skyward from the sea. Equally scary and impressive!

Meteorologists use the term mammatocumulus to describe the “bags” that sometimes appear hanging down from the clouds. This name was given to this natural phenomenon because of the shape of the clouds, which resemble the female breast. 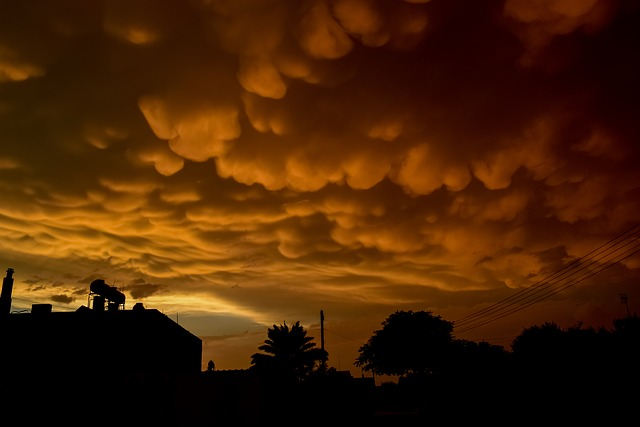 In this strange geological phenomenon, stones seem to move on flat land without any influence of animal or human activities. Such natural phenomena have been reported in several areas, such as Death Valley in California.

Although the causes behind this curious natural phenomenon have not been studied in-depth, the scientists believe that probably stones move due to strong winds, which in conjunction with the configuration of the ground facilitate their movement.