The universe is made up of so many amazing things that we will never know. Let’s learn some fun facts about quite ordinary things.

Do you have the feeling that your life is more boring than it should be? Perhaps you have always imagined doing amazing things in a different way. It may seem that somewhere along with the high expectations for awesomeness, you forget to pause and wonder. Take a look around; there are so many amazing things you can do and put a smile on your face.

People will often say that they know a lot of things. But have anyone tried to explore the unusual in usual things that are around us? Have you ever tried to find out about something you probably didn’t know? Such contemplations will return your sense to wonder.

That said, here are the few fun facts about the most common things that surround us.

1. There are more lifeforms living on your skin than people on the planet

Your skin is an amazing part of the body. In fact, it is considered a better host of so many things. It is a multitasker that protects your organs, shedding the dead cells, and keeping you warm or cool.

If you are referring to individual microbes, then yes, there are about a trillion microbes on your skin, which is more than 100 times the total number of humans on the planet. But if you are talking about species, then no, there are about 1000 species on the skin of a normal human being – although the actual number may vary from person to person.

2. Every person has a unique tongue print, just like they have unique fingerprints

Using your tongue prints instead of fingerprints to record information would look ridiculous, but it would just be as effective. An important fact that you didn’t know about tongues is that they carry an important identity information about you, just like fingerprints.

As similar as the tongue may look to that of somebody else’s, it has unique prints that are different for each person. But the interesting part is that we haven’t known about these prints for a very long time. Researchers are actually doing their best to develop machines that operate on 3D scanners that can scan and compare tongue print in databases.

The earth’s circumference at the equator is about 25,000 miles. Blood vessels are made of microscopic capillaries in the body. There are about 40 billion of them in the body.

If you took all your blood vessels out and laid them end-to-end, they would circle the equator four times, which is about 100,000 km. This is enough to go around the Earth twice.

4. The Japanese love for the crooked teeth 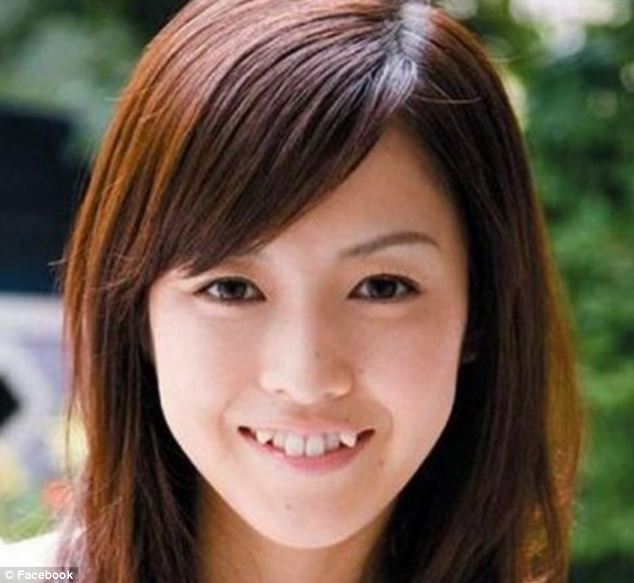 In Western countries, crooked teeth are considered a form of imperfection. But the story is slightly different in Japan. Japanese women are more obsessed with a crowded, crooked-toothed smile with heightened canine teeth. This look is known as “yaeba” look which is said to be liked by men and seems more cute and attractive.

Yaeba means “multilayered” or “double” tooth and is used to describe the fanged look that is achieved when molars crowd the canines forcing them to push forward. In fact, Japanese women are going crazy about this look and they are flocking to the dentist clinic just to get the fanged look.

5. The croissants didn’t originate from France. They were first made in Austria

When we mention Croissant, we think of French. Research shows that Austria is the country of “origin” of this famous pastry. The transformation from Austria to France of Croissant holds an interesting twist of mysterious historical facts.

In 1683, Vienna, which was the capital of Austria, was attacked by an army of Ottoman Turks. The Turks did their best to starve the city to accept defeat. To do so, they decided to dig a tunnel beneath the city. But their efforts became futile when the city’s defenders blocked the tunnel. Soon, King John III arrived with an army and defeated the Turks forcing them to retreat.

As a way to celebrate the victory, several bakers made a pastry in the shape of the crescents. They named it the “Kipferl” which is a German word for “crescent.” They continued baking this for several years. In 1770, the pastry came to be referred to as croissant after King Louis XVI of France tied the knot with the Australian Princess.

6. Pigs can’t look up into the sky

Another one on our list of fun facts is that pigs cannot look up into the sky. It is physically impossible for them to do so. They can see the sky only while lying down, but not in the standing position.

The reason behind this interesting fact is that the anatomy of the muscles hinders them from looking upwards. Thus they have no other option except to look for at the reflection of the sky in the mud.

7. Your thighbones are stronger than concrete

Did you know that your thigh bone is stronger than concrete? But it makes sense since the thigh bones do the hard task of supporting the whole body.

Scientifically, the thigh bone is known as the femur, which is said to be eight times stronger than concrete. It is also said that the thigh bones have the ability to support up to one ton of weight before they can snap.