Is it possible to tell your personality from the language you use? You’d be surprised how your word choice reveals your character.

We know how powerful language can be, but how does it vary amongst personalities? Furthermore, can we tell someone’s personality simply by their word choice?

Do open-minded people use more liberal phrases for example? Likewise, do those with more agreeable traits say yes more often? If you are a neurotic person, is your language more emotional? Studies suggest that this is indeed the case.

How Word Choice Varies among Extroverts and Introverts

Our word choice is a direct reflection of our personalities. For example, extroverts and introverts will choose very different kinds of words to communicate. Extroverts like to use abstract terms when describing a situation. However, introverts prefer to be more precise.

Another interesting fact is that extroverts use words related to people and relationships like ‘friend’ and ‘ally’. In addition, they also use words such as ‘we’, ‘our’ and ‘us’.

What the Research Reveals

Previously, studies have concentrated on the more colourful verbs and adjectives we use to determine personality traits. However, studies show that it is these seemingly unimportant words are particularly revealing.

“Virtually, no one in psychology has realized that low-level words can give clues to large-scale behaviours.” James W. Pennebaker, Social psychologist, the University of Texas at Austin

Along with the FBI, Pennebaker examined al Qaeda correspondence in 2007. Specifically, 58 texts between Osama bin Laden and his second officer – Ayman al-Zawahiri. Pennebaker compared the use of pronouns and articles used by both individuals.

Both men were in hiding at this time, but it seems that the situation was affecting one of the men more than the other. For example, al-Zawahiri’s use of the pronoun ‘I’ tripled. Yet bin Laden’s remained unchanged.

“Normally, higher rates of ‘I’ words correspond with feelings of insecurity, threat and defensiveness. Closer inspection of his ‘I’ use in context tends to confirm this,” Pennebaker says.

Not only that, but the number of words such as ‘except’, ‘but’, and ‘however’ changed. These are all ways to encourage dialogue or thinking and indicate higher cognitive processes. They also signify a willingness to tell the truth.

Analysis such as this is incredibly important.

It allows us to go beyond what is actually written down. Instead, we can probe into the psyche of the writer at the time they are writing. Speaking of the psyche, can our word choice reveal our personalities?

One study examined our perception of personality from just our email address. It found that we make surprising judgements, considering the scant number of words available to us.

For example, if I told you that the first part of my email address is ‘pinkfuzzybunnie, would you think I was a serious person with a Ph.D. in Applied Maths and Quantum Physics? I’m guessing not. In fact, you are more likely to think that I am an extrovert.

What Words Do Introverts and Extroverts Use While Speaking?

Of course, most of our words are used in speaking, when we chat with people. So what happens when different personalities talk to each other? We already know that extroverts are more likely to use pronouns such as ‘we’ and ‘us’. But what words do they use when they speak with other extroverts? 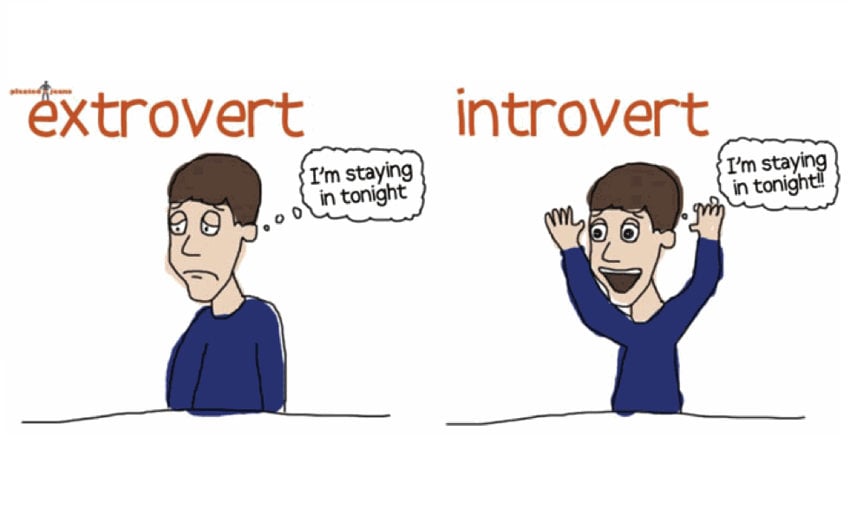 Extroverts like to cover a wide range of subjects and talk about their social life. Studies show that they consistently use ‘pleasure talk’. In other words:

Introverts use ‘I’ and ‘me’ and focus on the problems in their lives. Their word choice is littered with negative emotions. For example:

Studies into Word Choice and the Big Five Personality 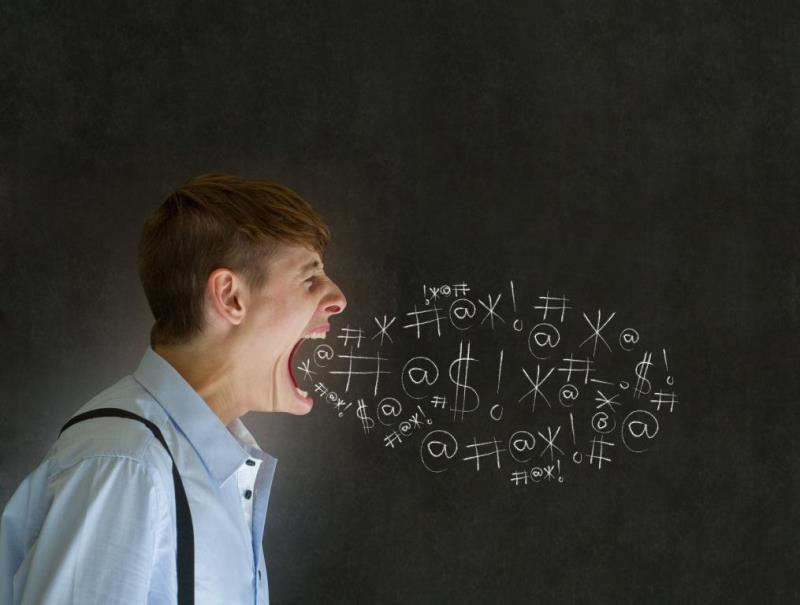 In brief, the Big Five are:

However, it is notoriously difficult to find large enough writing samples for analysis. But Yarkoni had a brainwave. He used bloggers.

“People have been interested in personality and language for a long time, but it’s really hard to get somebody to sit down and write 100,000 words. The nice thing about bloggers is they write a lot, often over very long periods of time.” Yarkoni.

In his study, Yarkoni used written work from 700 bloggers which yielded over 115,000 words of text. He found that certain words were used more often in different personality categories.

In another study, participants were asked to write a short story. They were given prompts which included the following five words:

Two personality traits stood out. The results showed that people who were open-minded tended to write in a more creative style. Those with agreeable tendencies wrote about social situations in a positive nature.

Furthermore, when separate participants were asked to guess the personality traits of the story-writers, they found these two traits the easiest to identify.

Why Word Choice is Important

Human beings are herd animals and need to communicate. That is why the language and the words we use are important. They are the currency of our lives. They shape people’s opinions of us and help us understand others.

By understanding how people choose their words, we can delve into their personalities and find the deeper truth. Moreover, by choosing our words more carefully, we can not only change how others see us but ourselves as well. And then anything is possible.