These powerful illustrations criticize the society of the 21st century and hopefully, will remind you of the important things in life.

It is extraordinary how many contemporary artists perceive their own time as foul, corrupted and rotten. They are probably right if you take all the wars, poverty and societal inequity into consideration.

Marko Melgrati, a young mixed media artist, explores the less popular side of our civilization.

The images he produces are shocking at first glance, but once they settle in, it becomes apparent that his pictures are mere statements about the current state of things in the world.

A resident of Mexico City, Marko describes his work as ‘Sad truth about modern life‘. Has our civilization reached a point at which you can call it sad, or has it been like that for a long time, but we just didn’t notice it? I think that the sorrowful state of humankind can be traced all the way back to the Stone Age and that history is nothing more but a series of attempts to make a better world for our posterity.

We might have failed to create the society of the 21st century our ancestors were dreaming of, but we do live in a world that is more humane than the one inhabited by the contemporaries of Voltaire or Michelangelo. It doesn’t mean that our time doesn’t suffer from countless ailments that leave an impression of regression, oppression and manipulation. It only indicates that the change is a slow process and that we should be grateful that we didn’t blow ourselves to pieces during the Cold War.

Melgrati tackles some of the burning topics of the 21st century by exposing how malicious they are to the world we live in. He combines traditional and digital drawing techniques and the results he gets are minimalistic scenes with a focal point on its subject matter.

The topics of his images vary, but themes such as religious intolerance, war, social media obsession and alienation can be considered dominant in his work. His illustrations can be compared with the images of Igor Morski or Pawel Kuczynski who also criticize society for its lack of humanity and intelligence.

Socially engaged art is regaining its significance through works of art similar to Marco’s, but the question that has always followed socially engaged art is still present. What does a simple reminder, that the world is in a poor shape change? I agree, it raises awareness about important issues, but it doesn’t stop people from being killed and it doesn’t reduce their addiction to technology.

Can it be that Melgrati’s illustrations are so powerful because we all recognize ourselves in them? They evoke images we know so well from the media and everyday life. By placing them in a different context, he makes sure that his critique can’t go unnoticed.

These witty observations of the world we live in will remind you of the important things in life, and hopefully, they will inspire you to do something practical and give your contribution to the creation of a better world, a world in which the problems Marco Melgrati’s illustrations depict are obsolete. 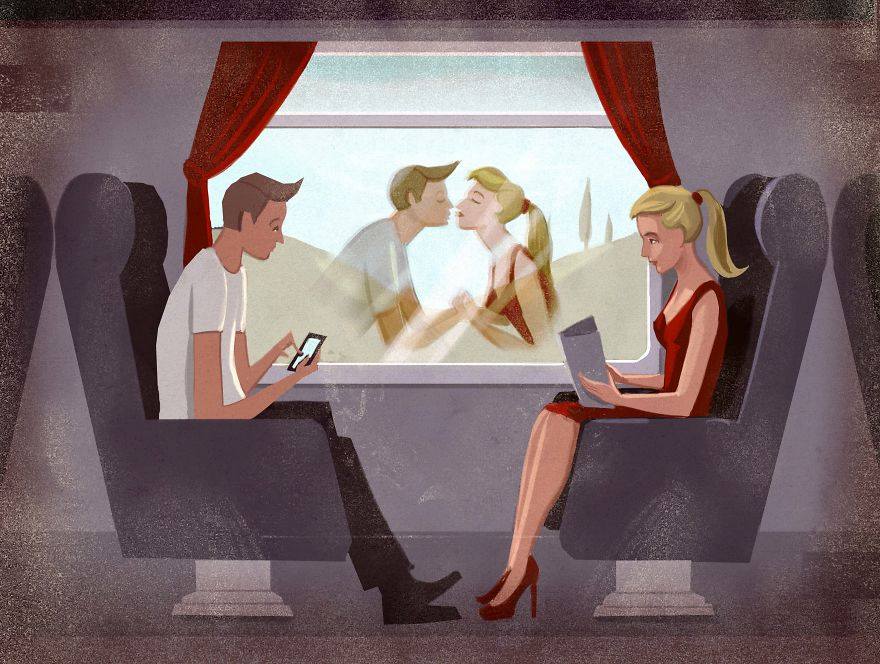 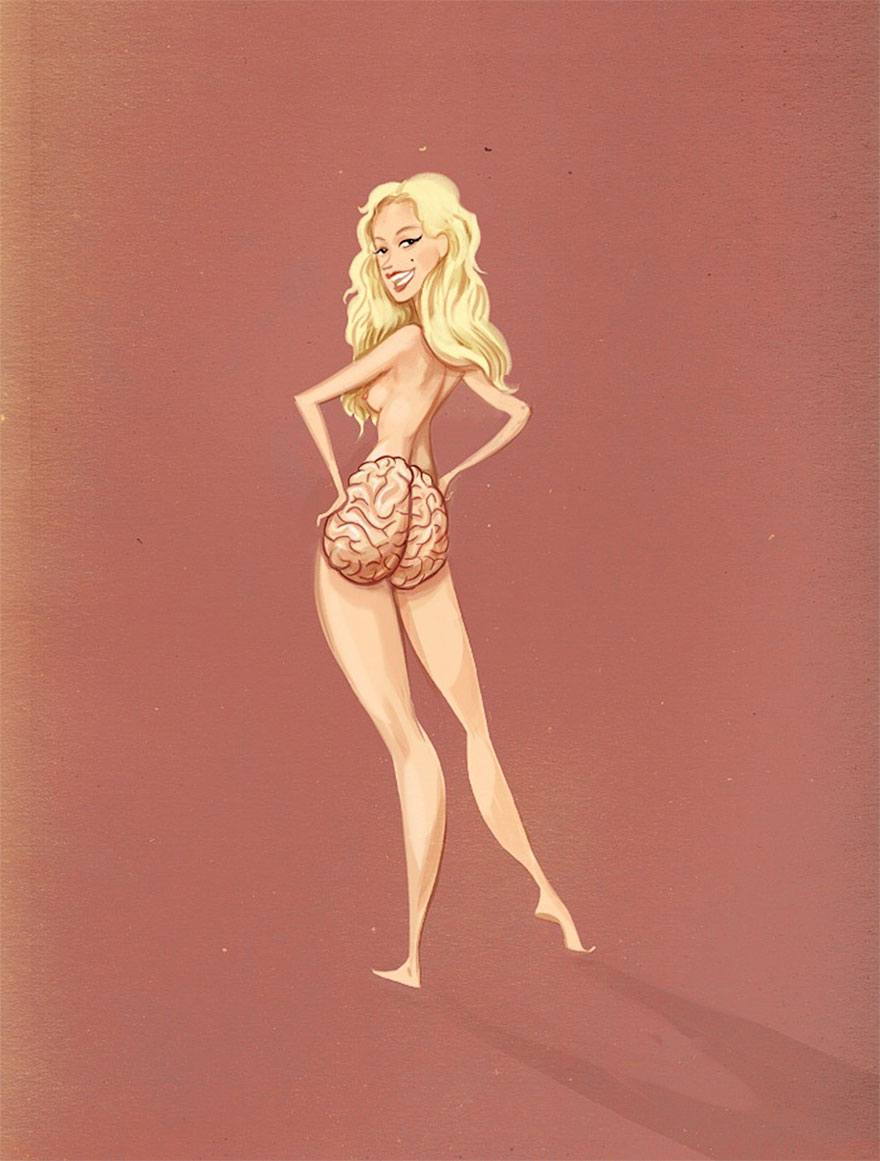 The Hard Way Out of Afganistan 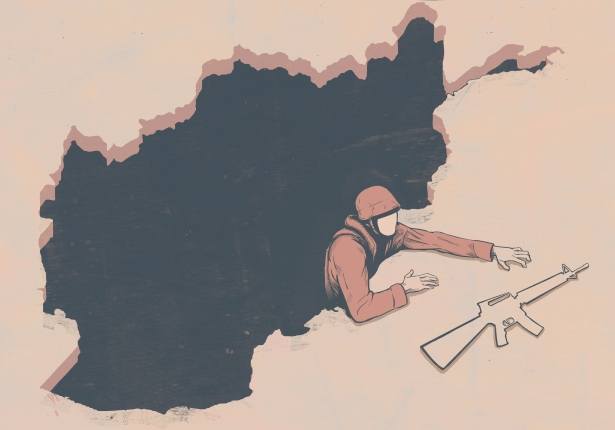 From Communism To Capitalism 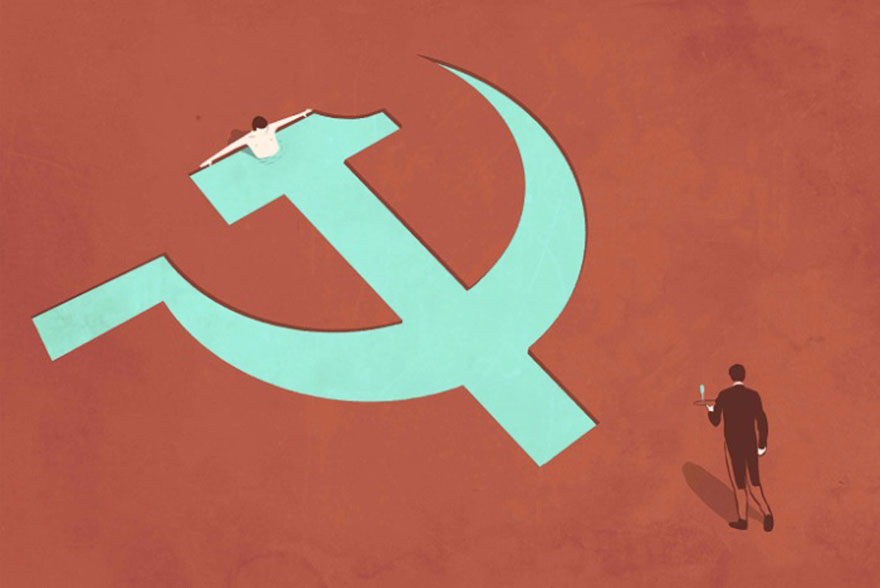 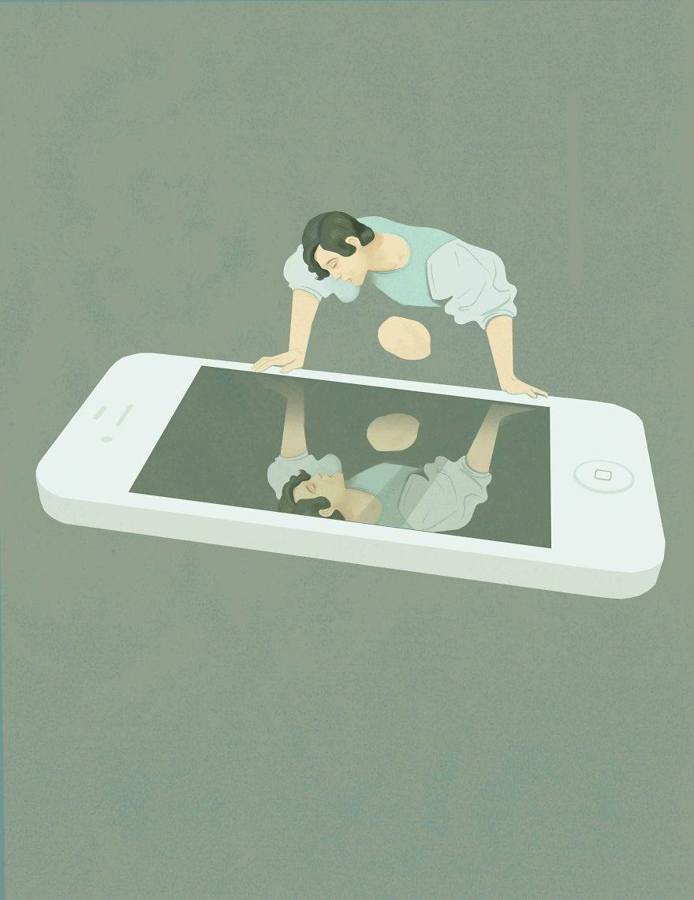 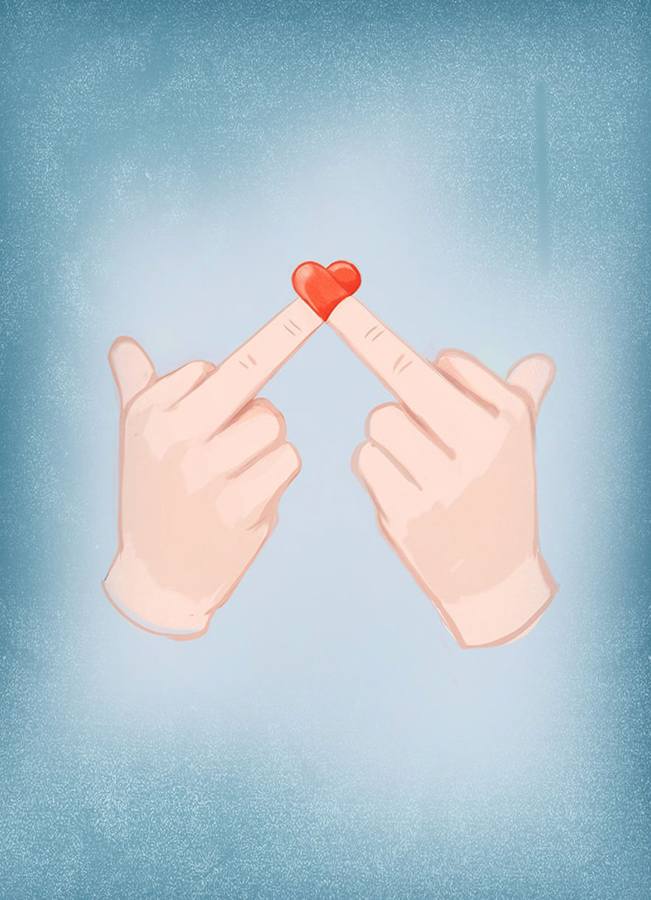 It’s time to quit your job 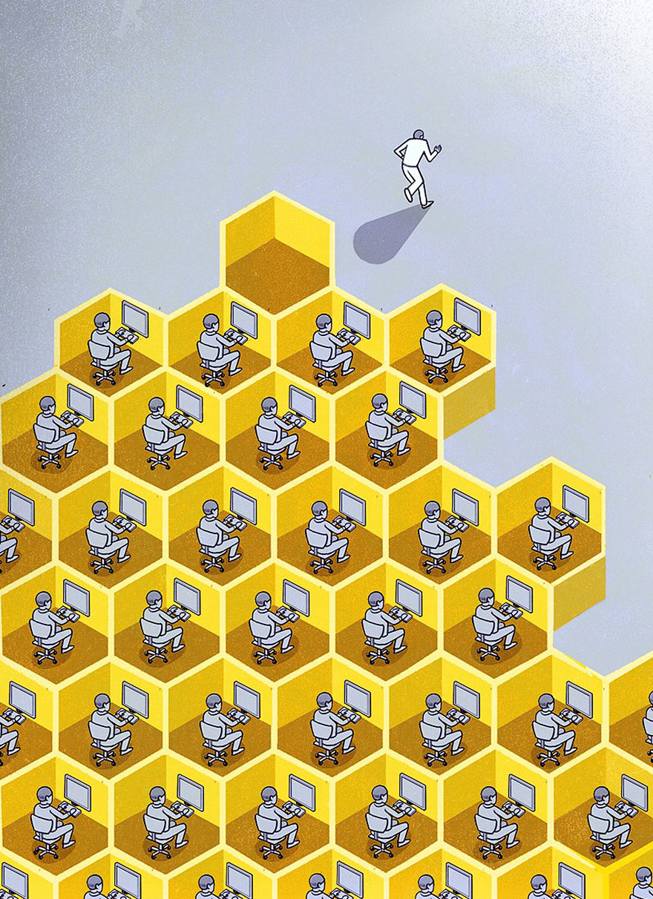 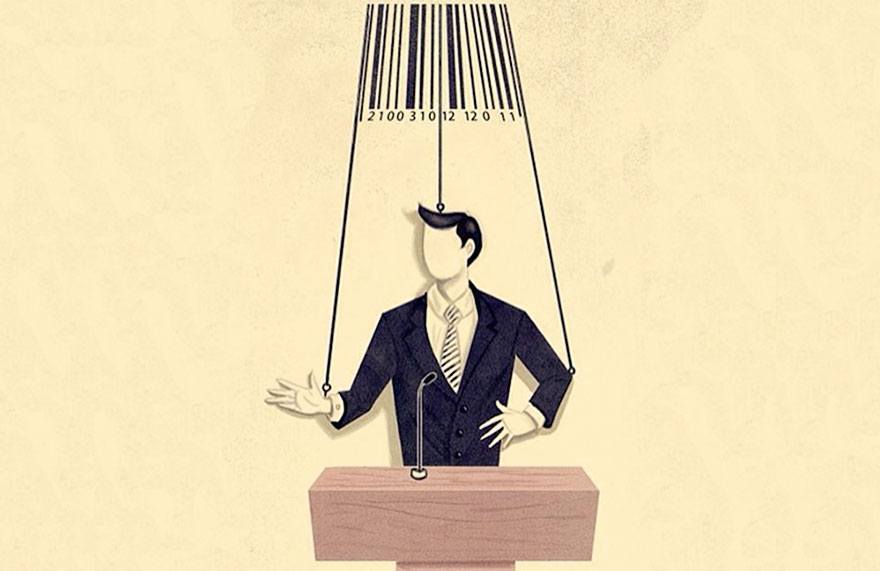 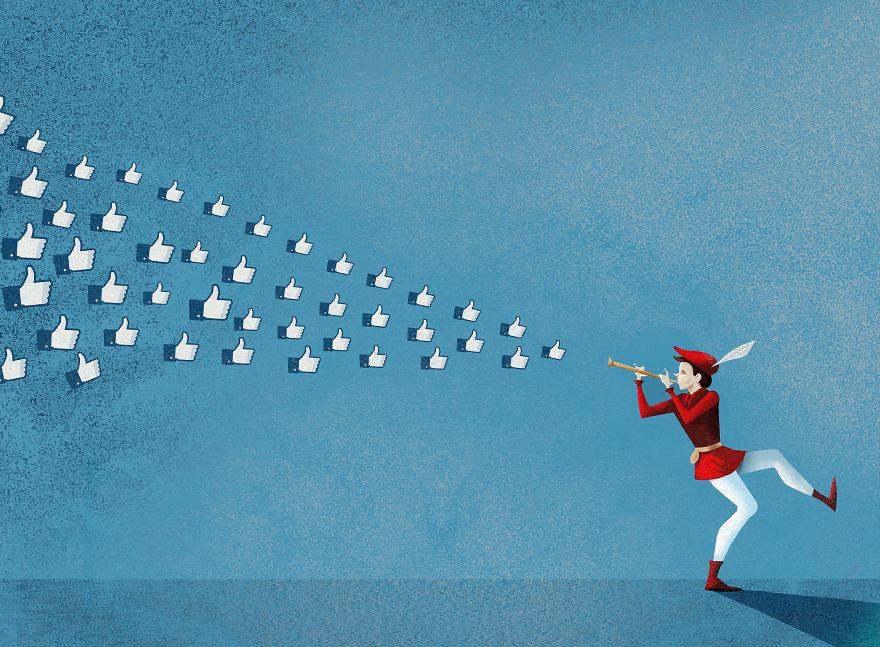 War Is Closer Than You Think 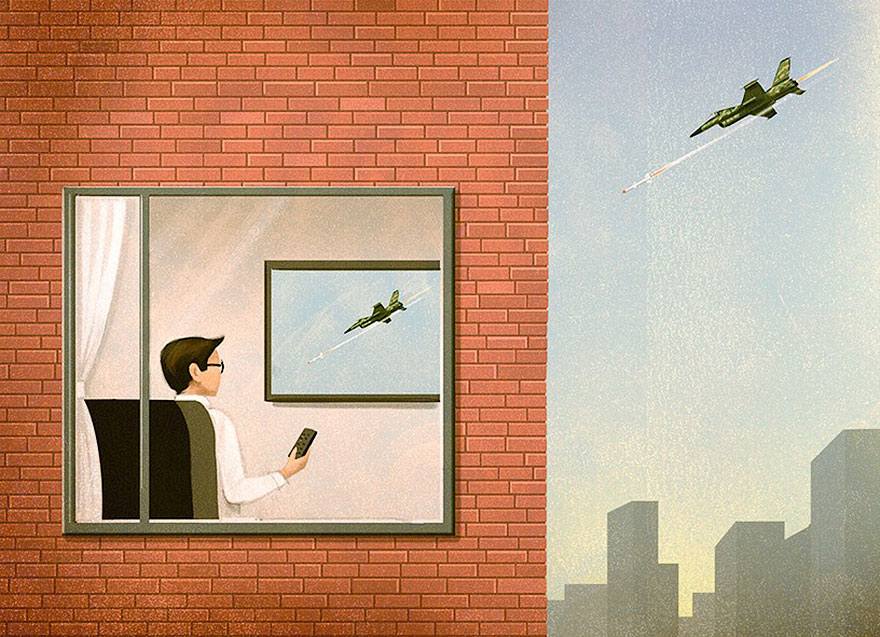 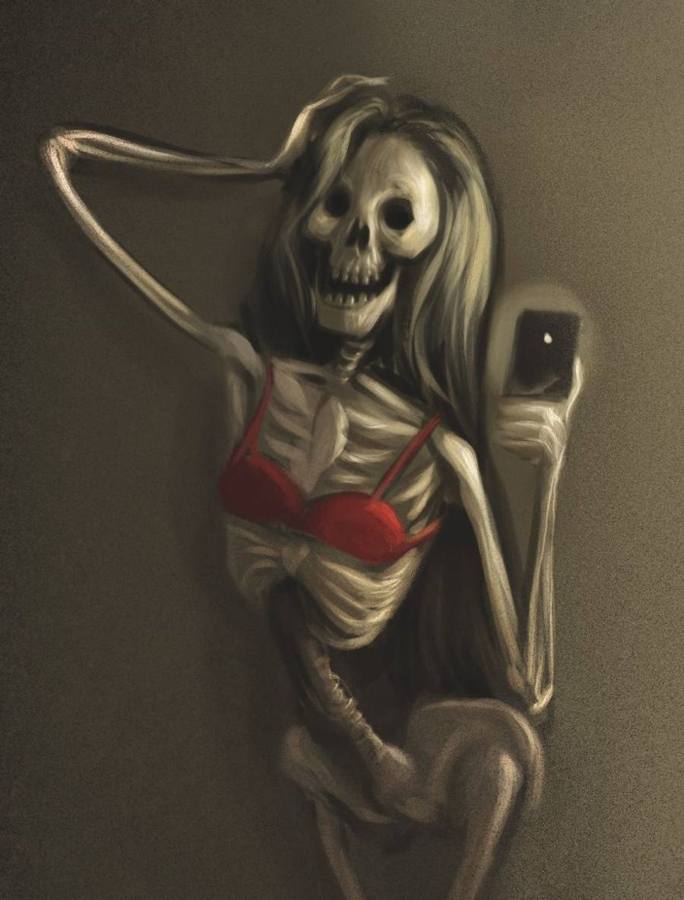 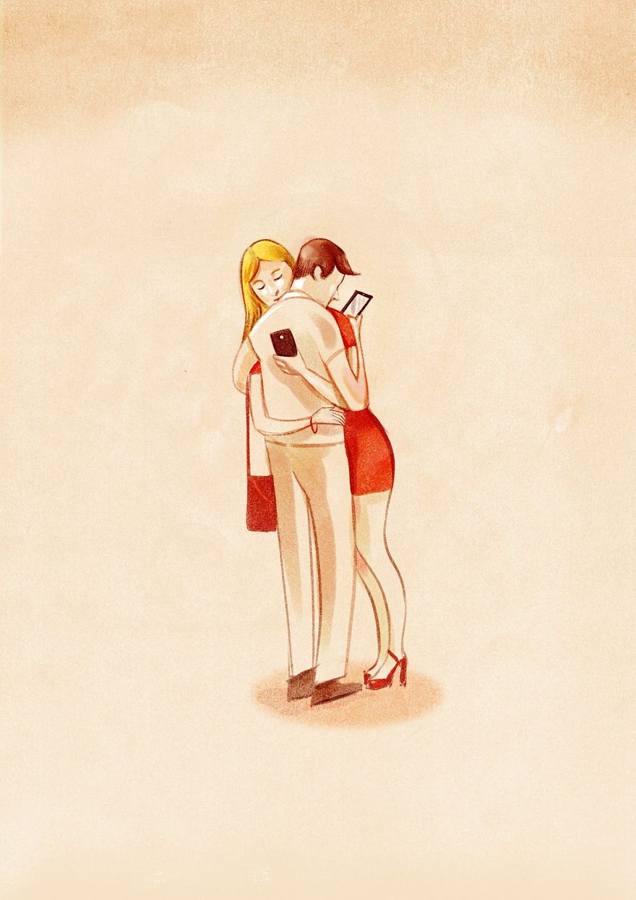 A Fatal Addiction: War In The Name Of God 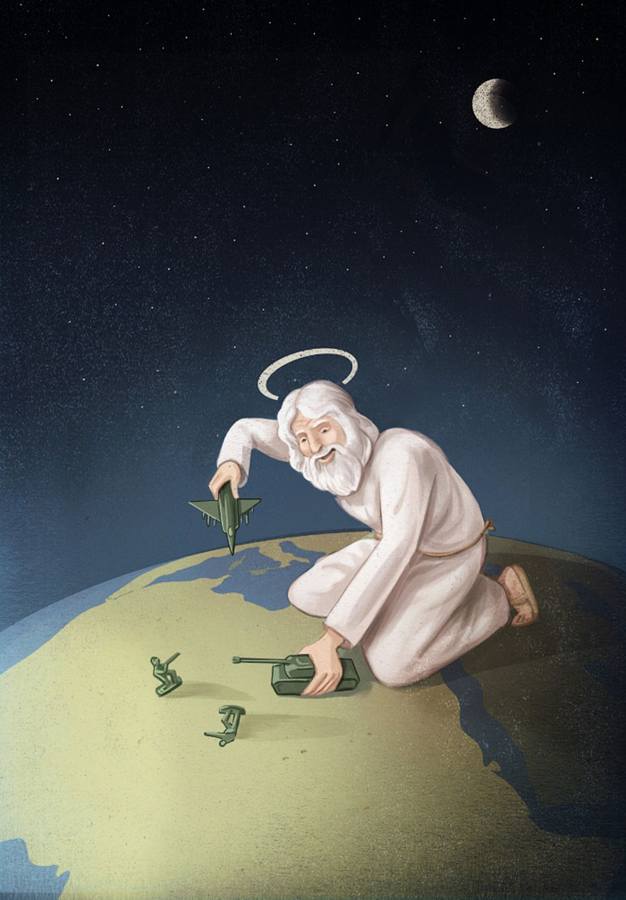 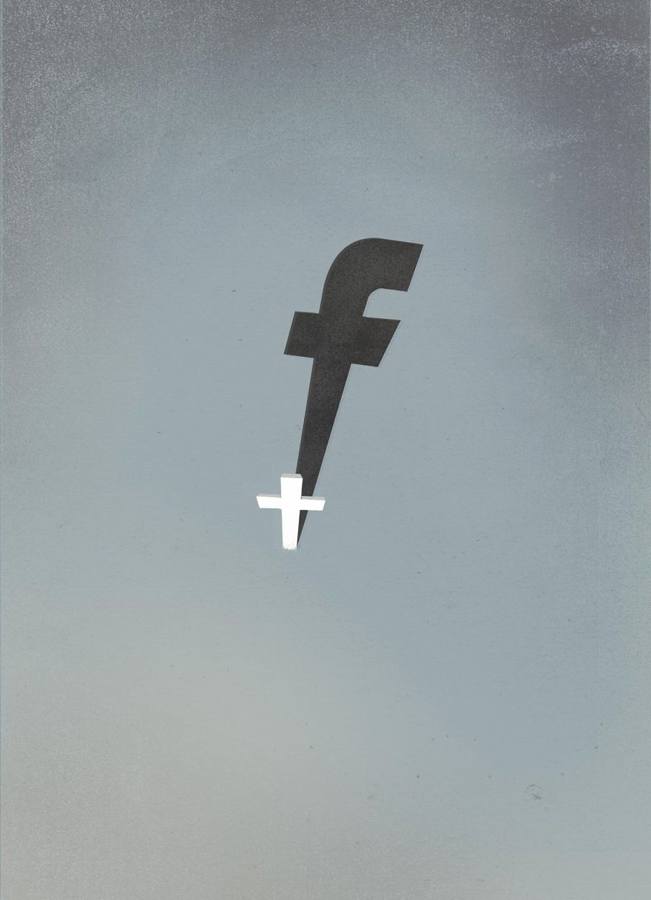 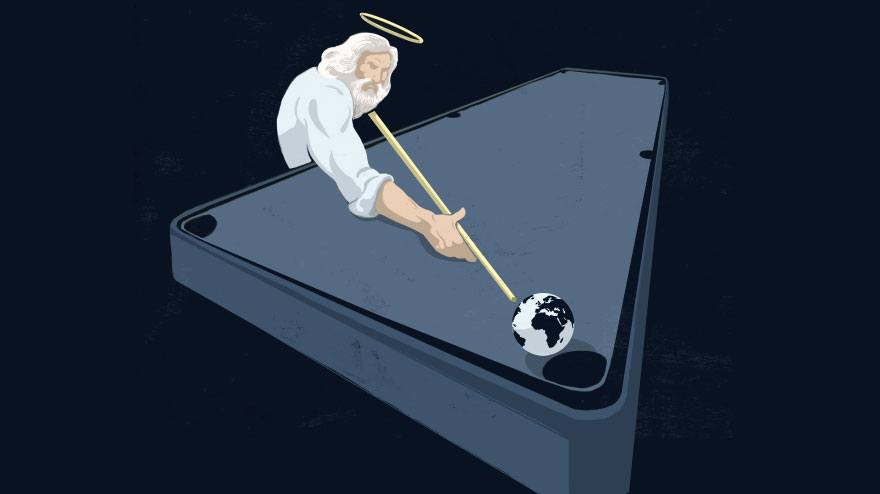 If you enjoy these illustrations, make sure to follow these links and see more of Marko’s artwork: Instagram, Salzmanart.com