Archaeological sites all over the Earth might be something more than just ancient monuments. At least, according to our ancestors.

The beliefs of civilizations that are long gone are not easy to comprehend. What was it that made them worship the sun or the moon, we will never know for sure. What we know comes from the rare manuscripts and structures that survived the test of time. Instead of looking at the differences, maybe it is better to focus on what the religions of ancient civilizations have in common.

One thing becomes obvious: they all thought that there was a place where the Gods dwelled. In ancient Greece, it was Mount Olympus while other cultures believed that the land of the Gods was not on this planet.

Let’s step back for a moment and look for more things in common for Asian, European, and Pre-Colombian cultures. From the dawn of civilization, human beings gazed at the stars and wondered what was out there.

I can’t begin to imagine what it must have looked like to them; the vast summer night sky with millions of stars in it. So it is logical that they sought some sort of an explanation because even the modern world is far from the complete understanding of the universe.

Aztecs, for example, didn’t know anything about the wheel, but they were excellent astronomers. Pre-Colombian cultures were not the first to incorporate their knowledge of the stars in their religion. Sumerian and Egyptian cultures have done so a couple of thousand of years before them.

Should we draw a conclusion that their temples were actually portals to the lands where the Gods lived? In any case, ancient people believed that those portals allowed traveling through the universe, to the places where the aliens, gods, or whatever you want to call them lived.

Let’s take a look at some archaeological sites that were believed to be the portals to the worlds beyond our world. 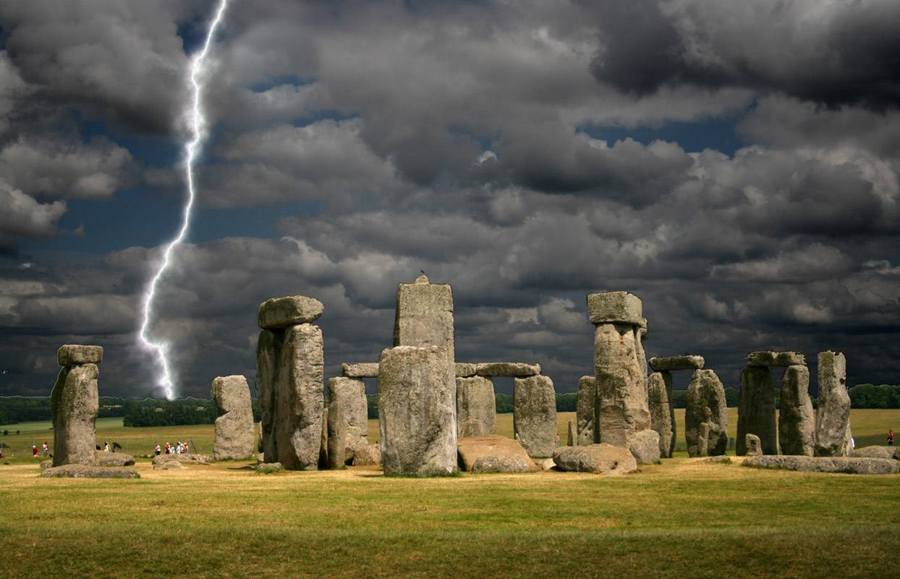 There are only a handful of ancient archaeological sites that attracted so much attention over the course of history. This 5.000-year-old structure is surrounded by mysteries that start from the way it was built and go to the speculations about what its purpose was.

An incident that took place in 1971 added another layer of mystery. A group of hippies was trying to tune in with the vibes of the site. Then, at approximately 2 o’clock after midnight, an unexpected lightning stroke. By the time police got there, they were all gone, and up to this day, nobody knows what has happened to them.

This story, among many others, makes some people believe in the notion that Stonehenge could be an energy portal.

Dating back to the Predynastic period, this Egyptian city might be one of the oldest in Africa and in the world as well. Abydos consists of many temples and a royal necropolis. Particularly strange is the mortuary temple of Seti I because it features hieroglyphs of flying machines that resemble helicopters.

The alleged story of its discovery is even more mind-blowing. Apparently, a woman named Dorothy Eady who claimed that she was a reincarnation of a girl from ancient Egypt revealed its whereabouts to the archeologists. She even knew where the secret chambers in the temple were.

It is common knowledge that the Egyptians believed that their tombs were houses for the afterlife, but it seems that they also considered their temples some sort of portals that allowed them to travel through time.

3. The Ancient Sumerian Stargate At The Euphrates River

Sumerian culture was among the first Euro-Asian civilizations to conduct and document research about the universe. Countless artifacts that were discovered at the delta of the Tigris and Euphrates feature descriptions of constellations.

Some of the seals and other bar-reliefs depict gods that are going through portals between the two worlds. Writer Elizabeth Vegh claims in one of her books that near the city of Eridu, there was one such portal. According to her claims, the portal is now flooded by the Euphrates.

It comes as no surprise that such an object existed given the amount of evidence that the Sumerian culture believed in the existence of more than just one world.

The rotating circle of the universe or Sakwala Chakraya is one of the most mysterious archaeological sites on Earth. The legend says that the structure is a stargate that can be used for space travel and the engravings on the granite rock are the maps that allow the passenger to navigate.

Such discs are not solely characteristic of the Hindu religion because Native American, Egyptian, and many other cultures also had circular maps to the stars. There is no evidence that Ranmasu Uyana contains a stargate, and archeologists are calling it absurd because these engravings might simply be an early map of the world.

5. Tiahuanaco, Bolivia, Gate of the Sun 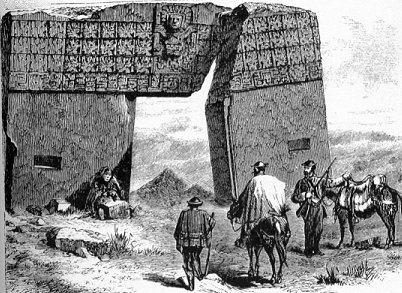 Located near Lake Titicaca, Gate of the Sun is considered to be a megalithic structure. Its age is estimated to be around 1500 years. When discovered back in the 19th century, the Gate had a large crack and it is believed that it wasn’t in its original location. The Gate of the Sun was constructed out of a single block of stone and it weighs around 10 tons.

The symbols and inscriptions on the monument suggest astronomical and astrological meaning. Archeological sites like this one bring to mind Däniken’s theories of alien cultures that helped the first humans to develop.

Although we can’t really know whether or not the builders of this awe-inspiring object believed that they could visit another world by going through this gate, it is certain that they had a strong interest in the mysteries of the universe.

After taking a closer look at some of the archeological sites with the monuments ancient civilizations built, it becomes clear that their interest in the universe was immense, but it is less clear whether or not they believed that they could go from one world to another by using these monuments.