Superheroes and villains in comics and movies are known for their incredible superpowers. Now, some real people claim to have supernatural abilities like telekinesis. Is telekinesis real? Let’s explore a few reported cases.

Previously, I published an article about the controversial research on telekinesis along with general information about this phenomenon. Today, we will not focus on scientific experiments but will talk about the reported cases of telekinesis. Let’s explore a few cases of real people who claim to have telekinetic powers and try to decide whether telekinesis is real or not.

One young girl was said to hold unbelievable power and to be able to move multiple objects at one time.

One reported case of spontaneous telekinesis happened to a French girl named Angelique Cottin when she was 14 years old. On the evening of January 15, 1846, she and three village girls were doing some embroidery. Suddenly, embroidery fell out of their hands and a lamp was thrown in the corner. The girls accused Angelique because, in her presence, strange things always happened: furniture moved on its own, and scissors fell on the floor out of a sudden.

Angelique’s parents organized a show in Mortane in order to earn some money on their daughter’s abilities. The girl caught the attention of a Parisian scientist, François Arago. When the girl was in her “electrified” condition, almost everything that was in contact with her clothes bounced off. When Argo tried to touch the girl, he experienced a shock, much like touching a source of electric current.

If Angelique was anywhere near a magnet, without her knowledge, she would shake. A compass, however, didn’t react to her presence. This is because most items, which moved around the room, were made of wood.

According to skeptic Frank Podmore, many of Angelique’s manifestations of telekinesis were “suggestive of fraud”. Some examples included: the contact of Angelique’s garments necessary to manifest any supernatural ability as well as witnesses who observed some kind of double movements as if the girl threw the object extremely fast so that it was difficult to detect.

Angelique was not the only one who claimed to have telekinesis. In 1888, Dr. Ercole Ciaia from Naples described a wonderful medium, Eusapia Palladino, who seemed to be able to move objects during spiritualist seances:

“This woman attracts the surrounding items and lifts them into the air. She plays musical instruments without touching them.”

A well-known psychiatrist, Professor Cesare Lombroso was shocked by what she did. She was moving furniture in the direction of the audience and materializing some kind of ‘ghost’ hands in the air, which looked real.

Finally, magician Joseph Rinn caught Palladino cheating while allegedly levitating a table. In reality, she was lifting the table with her foot. Later, psychologist Hugo Münsterberg found out that she was using magic tricks to move objects in the air.

One of the most mysterious and famous people who claimed to have telekinetic abilities was a Soviet housewife Nina Kulagina. She exhibited a number of very unusual abilities, studied by more than 40 scientists for nearly twenty years, and many of these experiments were filmed. But no one managed to find a scientific explanation for the phenomenal abilities of this woman, neither was the scientific community convinced with the existing evidence.

So what was Nina Kulagina capable of? Was her telekinesis real? She claimed to be able to move small objects with the power of thought alone or change the trajectory of their movement without touching them. She was also said to have the ability to emit ultrasonic waves. Till now, the nature of these powers and how they developed, remains a mystery.

However, skeptics and researchers who watched videos that showed Kulagina moving objects with her mind said that the evidence could have easily been manipulated. For example, Kulagina could have used concealed threads, mirrors, or magnets.

You can judge for yourself:

Nina Kulagina was not the only one of the reported cases of telekinesis. A mysterious person, Uri Geller, born in Tel Aviv in 1946, repeatedly demonstrated his ability to deform metal objects. From the age of four, he claims to have revealed the ability to bend metal spoons by the power of thought.

The so-called “Geller effect” became well-known as scientists observed him. It was said that he could read minds, bend keys and other metal items simply by touching them or even looking at them. Did Geller indeed have telekinetic powers? The results of the experiments were inconclusive and Uri Geller was neither caught cheating nor demonstrated consistent patterns of observable psychic phenomena.

In 1966, a British psychologist, Kenneth J. Batcheldor, after 20 years of studying the phenomena of telekinesis, published several reports that concluded that psychokinesis was possible. However, the scientific community never accepted his studies as valid and the results were widely criticized.

So is telekinesis real? 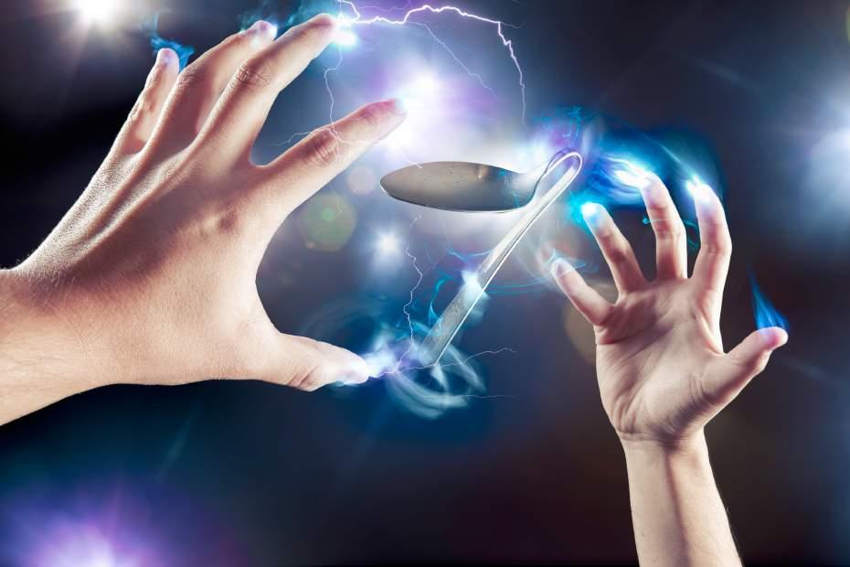 After reading these reported cases of telekinesis, are you convinced? It seems that all we are left with is an incredible number of hypotheses and assumptions. Many of these cases were debunked and the people who claimed to have telekinesis turned out to be frauds. Some other cases remain questionable.

The only thing is for sure – till now, there is no conclusive evidence that telekinesis is real. So I guess, for now, this remarkable superpower will remain on the pages of comic books.