Do you think that all your decisions are based on your own free will and not affected by any outside influences? Then you should learn about framing.

When we go about our everyday lives, do we have free will or are we bombarded with subtle messages and clues that change our perception?

Framing is a concept in which we view the world depending on how it is presented to us. It is the beliefs and assumptions we use to construct our world, and it helps us to perceive a situation. Imagine a pair of tinted glasses, we look through frames in the same way and we are influenced by this frame when we come to understand a situation.

Frames can include our values, morals, preferences and prejudices, and they all help us to make decisions and assumptions.

Here are five ways that framing alters your perception of the world:

Certain media outlets use framing in order to ‘spin’ a story and make us believe in a particular scenario. They do this by choosing aspects of a story and setting it into the frame of reference that supports what they want their readers or viewers to conclude.

Real-life examples of this include a Reuter’s photographer who had photo-shopped an image of Beirut and increased the amount of smoke that was billowing out of the burning city. 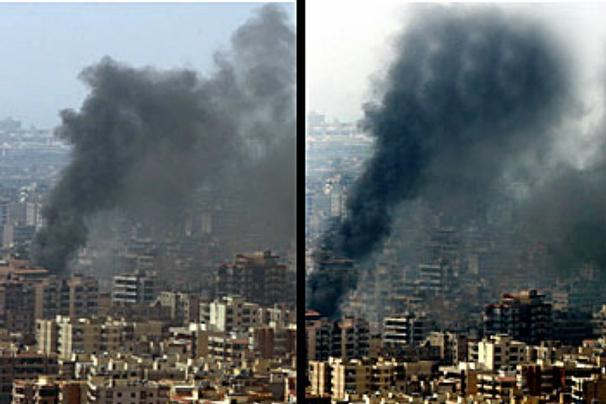 The photograph was captioned ‘“Smoke billows from burning buildings destroyed during an overnight Israeli air raid on Beirut’s suburbs. August 5, 2006. Many buildings were flattened during the attack.” It was later discovered that the photojournalist – Adnan Hajj, was politically motivated and wanted to raise support for Hezbollah.

Anyone interested in Neuro-Linguistic Programming or NLP will know how important language is when it comes to influencing our lives and decisions. Whether we call someone a freedom fighter or a terrorist, using different words can make a huge difference in the way we perceive life. You might not think that a few words can change our perceptions but there are plenty of examples we can draw on.

One hospital, for example, wanted to increase staff washing their hands, as infections were still affecting patients. They used two different signs in order to see which one was more effective in getting hand-washing increased.

The first one read:

The second one was changed to read:

Results showed that hand-washing increased when staff read the second notice, which suggests that when others were at risk, the frame was more effective.

There are many ways in which advertisers get us to buy a particular product, but two of the most common are loss and gain framing. Loss framing is where the advertiser shows a potential customer what they are likely to lose if they don’t buy the product. Naturally, gain framing is showing the customer everything that stands to gain if they buy the product. So for instance, a stop smoking company might promote a product by highlighting a healthier lifestyle, weight loss and more money in your pocket once you stop smoking.

As with advertising, presenting information within a loss or gain scenario can affect a person’s decision. The psychologists Tversky and Kahneman, who coined the term framing in 1981, devised a study to see if a scenario which used negative and positive terms would this affect a person’s decision. In their famous Asian disease task, participants were given a positive perception in that they were told that they could save 200 out of 600 patients, or a negative perception that 400 out of 600 would die. Participants preferred the positive frame, moving away from the riskier decision.

“There are three kinds of lies: lies, damned lies, and statistics.”

You can use statistics to prove or disprove anything if you present them in a certain way. Statistics can be manipulated to present a scenario that you want people to believe.

So for example, a company can state that 90% of their customers love their product, whereas another way to present this information is to say that one in ten don’t like the product.

The next time you make a decision or an assumption, try and look at what is framing that scenario and if it is influencing the way you feel.