Many Albert Einstein quotes show that this remarkable genius had important things to say, not only about science and mathematics but also humanity.

Albert Einstein was born in Ulm, Germany, on March 14, 1879. He changed the field of physics forever with his special and general theories of relativity, which revolutionized the scientific understanding of everything from space and time to gravity and energy. In 1999, Time magazine named him Person of the Century.

Albert Einstein’s outstanding scientific understanding has made his name synonymous with genius. He is famous for his thought experiments and his views on the importance of imagination. Less well-known are his pacifist views, his passion for the civil rights movement, and his spiritual ideas. Many quotes by Albert Einstein reveal the inner workings of his mind on a range of subjects.

The following 8 Albert Einstein quotes will reveal the full extent of his genius and possibly change the way you think about the world.

This quote suggests that Einstein was quite the introvert. In fact, his personality is typically associated with the INTP personality type. He obviously didn’t feel the need for much human contact. However, he worked hard for justice and equality for others, showing that he cared about humanity.

He thereby disproves the common idea that introverts don’t like people. While Einstein may have eschewed direct contact with others, he was a great letter writer. Perhaps like many introverts, he often preferred to communicate through words on the page rather than face-to-face meetings.

“The most beautiful experience we can have is the mysterious. It is the fundamental emotion that stands at the cradle of true art and true science.”

This inspiring quote by Albert Einstein can help us be grateful for the mysteries of the universe. Whether we are religious or not, we can appreciate the wonder of the world we live in.

Einstein believed that curiosity is important, too. His ideas can inspire us to think about the majestic world we live in and to understand it, but also allow ourselves to be awestruck by its beauty and complexity.

While many clever people long to understand everything, Einstein appeared to relish the impossibility of ever understanding our world completely.

“Imagination is more important than knowledge. Knowledge is limited. Imagination encircles the world.” 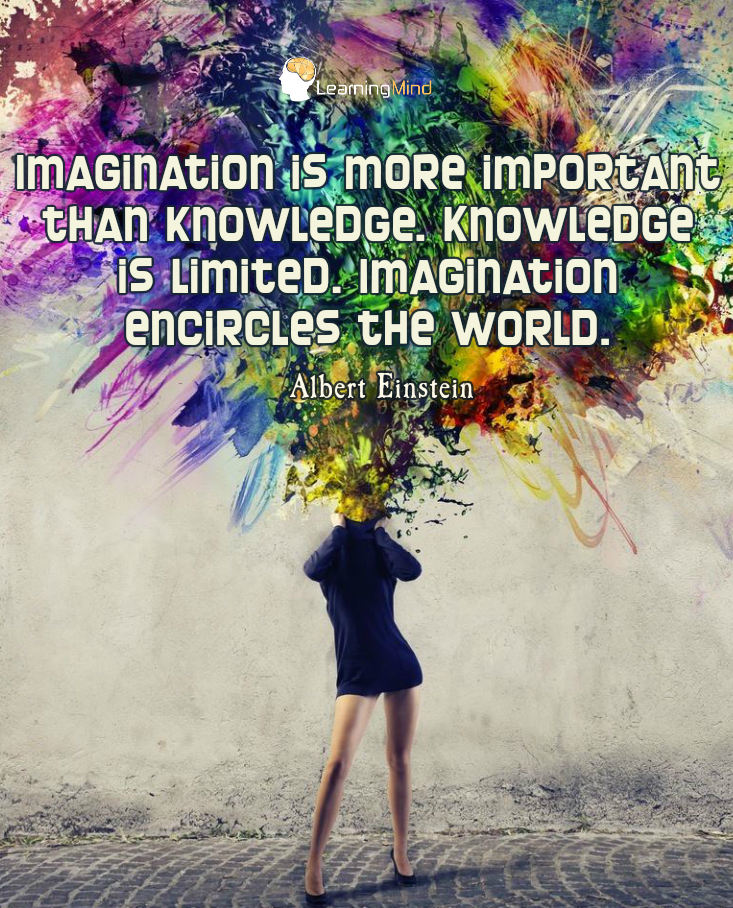 Einstein famously used thought experiments to work out his most amazing discoveries. While imagining chasing a beam of a light, Einstein came up with the beginnings of his special theory of relativity.

This quote shows that he considered imagination very important. Of course, it makes sense that we can never discover anything new by using existing ideas but only by using our imagination to come up with something that has never before existed in the material world.

“The ideals that have lighted my way, and time after time have given me new courage to face life cheerfully, have been Kindness, Beauty, and Truth. The trite objects of human efforts — possessions, outward success, luxury — have always seemed to me contemptible.”

In our material world, where many people judge worth on material possessions and status, Einstein’s approach is refreshing. We could all take a leaf out of his book and focus more on beauty, truth, and kindness. His idea of facing life cheerfully and with courage are also inspiring, especially considering the hardships he faced.

“Human knowledge and skills alone cannot lead humanity to a happy and dignified life. Humanity has every reason to place the proclaimers of high moral standards and values above the discoverers of objective truth.”

Einstein was a genius who placed values over knowledge. His open-minded attitude to everything in existence provides a contrast to the many dogmas of science, materialism, and religion.

Einstein was clearly ahead of his time both in his scientific understanding and his open-minded compassion. He never made a secret of his pacifist views and was a fervent anti-war activist.

His civil rights activities included petitions, campaigns, and speeches. As a Jew who had been harassed by the Nazi’s, his hatred of discrimination is understandable.

“Few people are capable of expressing with equanimity opinions which differ from the prejudices of their social environment.”

This Albert Einstein quote can inspire us to think differently. It is easy to follow the crowd and be taken in by popular opinion. But just because an idea is commonly accepted, it does not necessarily make it true.

It may be hard to overcome our prejudices and the ideas that we accepted as children before we even knew how to make good judgments. Einstein inspires us to re-examine what we believe to be true.

“My religion consists of a humble admiration of the illimitable superior spirit who reveals himself in the slight details we are able to perceive with our frail and feeble mind.”

Despite his background in physics, or perhaps because of it, Einstein never lost his sense of wonder about the world. This quote clearly indicates his religious beliefs. I like his description of an illimitable superior spirit and his humble admiration.

Despite being a genius, Einstein was modest and never let his achievements go to his head. He believed he was part of something greater than himself.

“I never think of the future. It comes soon enough.”

Mindfulness is very popular at the moment, but the above quote shows that Albert Einstein was aware of the concept years before it became popular. This simple quote has the power to profoundly affect the way we live our lives.

Imagine if we stopped worrying about the future and embraced the present moment. We might as well try because, as Einstein says the future will soon be here whether we worry about it or not.

As we can see from the above quotes, the genius of Albert Einstein was evident in more than his mathematical and scientific work. Einstein was clearly ahead of his time in many ways. We can aspire to achieve his compassion, empathy, and sense of wonder even if our math skills leave a lot to be desired.

Please share with us your favorite Albert Einstein quotes and what inspires you about his words.