High-functioning schizophrenia is when one can hide the illness when in public but exposing their negative traits behind closed doors.

Schizophrenia is a kind of mental condition in which there is a total or partial disconnect between what a person sees and hears and what is real. Most people with schizophrenia can hear, see and feel things as in a nightmare but in real life.

Let’s see how this works.

Schizophrenia symptoms commonly occur between the ages of 15 and 30 but are not entire limited to this time frame. Despite not being well known, current statistics indicate that out of every 100 individuals 0ne has schizophrenia.

Common causes of schizophrenia are genetic especially in families that have a history of mental illness. Other causes may be congenital, viruses from the mother transmitted transplacentally and hormonal and neurotransmitter imbalances.

There are various types of schizophrenias depending on what patients exhibit or don’t exhibit.

Of this type, there is an absolute manifestation of mental and physical disorganization. The patient is incoherent and most often cannot be understood. In addition, these individuals display disorganization in their life and in what they do. Because of this, they are unable to do common everyday tasks like showering.

This is characterized by the constant fear that people are out to harm the patient. Sufferers have auditory delusions of threats and tend to believe they are greater than they really are. This kind is more likely to occur in cities inhabitants, a recent study shows.

The onset of this kind of schizophrenia takes place earlier than the usual adolescence. This may lead to a delay in the maturation of children affected.

This kind combines both mental and mood disorders. This means that the patient is in a constant state of depression or sulkiness while exhibiting the signs of hallucinations and delusions.

This includes extremities of behavior. The individual experiences extreme excitement and hyperactivity which is then followed by extremes of stupor. Characterized by a cessation of all kinds of excitement up to and including movement.

It is a highly interesting type of schizophrenia sometimes considered a phase. The individual seems to be exhibiting slight symptoms of schizophrenia. They may be recovering or may be going into remission. There is a reduced frequency of the occurrences of the symptoms.

What Is Considered High-Functioning Schizophrenia?

An individual with high-functioning schizophrenia is someone who can conceal their dysfunctional behaviors in public settings and maintain a positive public and professional profile while exposing their negative traits to the family behind closed doors.

A look into the ordinary life of a schizophrenic shows that there are days when all is well, but then sometimes an individual may have an entire active manifestation for about a week. There are certain triggers, such as stress, that may cause one to relapse again.

The infrequency of symptoms is what cause schizophrenics to be low functioning. The fear that they can hurt themselves, or walk into a busy street or even engage in public disorder is the everyday challenge.

The Life Of A High-Functioning Schizophrenic

Over the years, there has been growing interest in the ability of individuals with schizophrenia to act normal in public settings and participate in day to day activities including work and studies.

Serena Clark, on the other hand, takes us through her personal struggle with schizophrenia while still in high school. The challenges she had to face peer pressure and the general perception people have when it comes to schizophrenia. She found that in the beginning, she was more than able to cope by pushing all her mental caverns in a corner.

She focused on high school and graduated with honors. After high-school she tried living off a checklist, some days she would manage but most of the time, she was barely able to get through her morning routine. This led to self-medication and eventually a downward spiral.

Ellyn states in her memoir that she had no control over how she would feel. Most often than not, waking up, to her was just a continuation of a bad nightmare. She, however, delved herself into a routine and into her work. The only thing, her disorder could not take away from her was the will to work. She was more than able to study and public two different books from the time of her diagnosis. One of which is the memoir.

How Are They Able to Do It?

There is no specific method that has been proven to improve the quality of life of someone with schizophrenia. However, a few of the following tips seem to stand in people with residual schizophrenia.

1. Focusing on things that take your mind away from the condition.

Ellyn immersed herself in her studies and her work to the point where the attacks became less frequent. Paranoid individuals are encouraged to challenge their fears. Establishing a routine is also a way that seems to reduce the depression that battles this individual.

Anti-depressants and other antipsychotics tend to reduce the frequency of attacks to the point when you can predict them. Avoid over-medicating or self-prescribing as the medication themselves have worrying side effects.

Stress acts as a trigger to most schizophrenics. It is important to avoid situations that will lead them to an attack. In the same regard, creating a coping mechanism such as counting 1-10 or lying down goes a long way in improving your life.

What is it like to live with high-functioning schizophrenia? It’s a pain in the neck, like with any other condition, but you get there, you arrive at this point with determination, asking for help even when surrounding yourself with the loving support of family and friends seems counterintuitive.

You can do it if this is what you want. Learn from relapses, challenge your thoughts, evaluate your progress little by little and you’ll find your routine and high-functionality! 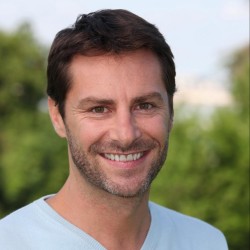 Alex Moore
Contributing writer at Learning Mind
Alex Moore is a blogger who holds a bachelor's degree in psychology and advocates for mental health awareness in general and a better understanding of schizophrenia in particular. He runs the website www.schizlife.com, where he is disproving myths and is promoting understanding about mental health issues. Through his work, he hopes to raise awareness and crush misconceptions about schizophrenia and other mental disorders to help as many people as possible be their better selves.