The INFJ door slam is the way this personality type deals with toxic people. Why and how does it happen and, most importantly, how to avoid being door-slammed?

Out of all the 16 Myers-Briggs personality types, the INFJ is the rarest, making up only 1 to 2 percent of the U.S. population. Though INFJs are known for their gentle, considerate nature, they’re also known for something cold-blooded and flat-out controversial — something that often shocks and bewilders those closest to them. That something is the INFJ door slam.

What Is the INFJ Door Slam?

The INFJ door slam is this personality type’s method of cutting toxic people from their life. This person can be anyone close to them —  a romantic partner, family member, or dear friend. When an INFJ slams the door on a relationship, they will cut off all contact with that person and often attempt to wipe every trace of them from their life.

There are some instances where an INFJ is forced to have continued contact with a person they’ve door-slammed — such as when that person is a co-worker they see in the office every day. In these situations, the INFJ does an emotional door slam. They’ll politely endure the other person’s presence but do their best to minimize any interaction with them. They also cease to share any personal thoughts or feelings with said person.

Why Do INFJs Do This?

Completely cutting someone from your life — someone who was once very close to you — may seem extreme to the outsider. It may even look like the choice to do so came out of the blue. But that’s rarely the case. For most INFJs, the door slam is a result of withstanding months (or years) of pain at another person’s hands.

INFJs are extremely compassionate and forgiving creatures, which means they often attract narcissists and emotional parasites. Their penchant for loving selflessly is abused far too often.

Since they take their relationships with others very seriously, they find it hard to leave even the bad ones behind. INFJs try to give the people they love the benefit of the doubt, offering multiple chances in the hope the person will change. Unfortunately, emotional abuse — even when it’s perpetrated by a “friend” — can cause trauma.

That said, once an INFJ cottons on to exploitative behavior in their relationships with others, things start to change quickly. As the reality of the situation starts to become clear, an INFJ will start to resent the other person.

Ultimately, the INFJ comes to the conclusion that they can no longer endure any more emotional abuse and decides to remove the offending party from their lives. 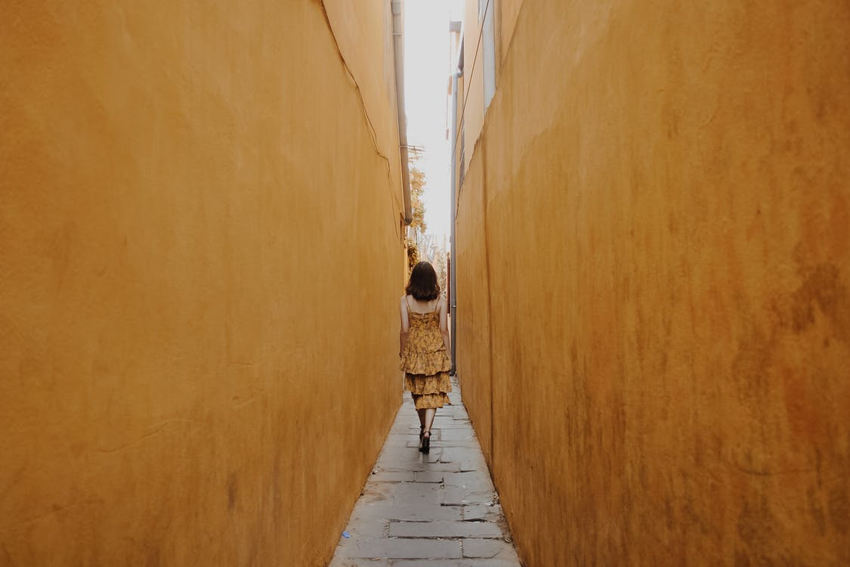 It’s sudden, it’s brutal, and it’s absolute. While every Myers-Briggs personality type is capable of cutting people out of their lives, no one does it quite like an INFJ.

Before an INFJ slams the door on someone, they do their best to resolve the issues at hand. They usually give out numerous warnings, letting the other party their behavior is unacceptable.

INFJs take their relationships very seriously — lifelong connections are their ultimate goal. They loathe letting go of the people they love. This is why the door slam is always their last resort.

An INFJ takes a lot of time to come to the decision that they must cut someone from their life. After being repeatedly hurt by someone, and coming to the conclusion that the other person isn’t going to change their behavior, it’s often the smallest of things that pushes the INFJ over the edge.

And that’s when the door slam happens.

When an INFJ decides to slam the door on a relationship, their emotional state changes dramatically. They go from being sad, hurt, and disheartened, to being level-headed, rational, and even cold. This can be slightly disconcerting to people who are used to seeing their INFJ as warm and gentle.

INFJs grieve the loss of the relationship before they actually sever their connection with the person. They acknowledge that the relationship they had was based on an illusion and didn’t actually exist. By the time the door slam actually happens, they have accepted things as they are and have moved on emotionally.

While the door slam is often silent, it is almost always merciless. The INFJ will work hard to remove all reminders of the past. This often includes unfollowing the person on social media,  blocking telephone numbers, and getting rid of pictures and other mementos.

When they’re done, they feel relieved and liberated. They set to moving forward immediately, almost as if the relationship never existed at all.

How to Avoid the INFJ Door Slam

When an INFJ slams the door, they don’t look back. It’s extremely unlikely that a person will ever be let back in, and even if they are, the relationship will never be as close as it was before. It’s for that reason that you’ll want to do everything you can to avoid the door slam altogether.

The words you say to an INFJ and the way you treat them really matter. As emotional creatures, INFJs need their emotions to be both heard and respected. They need balance in their relationships — if things are one-sided, they’ll end up leaving.

If an INFJ expresses that they’ve been hurt in your relationship, it’s imperative that you show you’re sorry for the pain you caused and understand why your actions were damaging. You must also commit to changing your behavior in the future. If you meet these conditions, healing can begin.

INFJs understand that people make mistakes. They are incredibly forgiving and are often willing to help the people they love resolve their issues. If you are kind and honest with your INFJ and do your best not to hurt them, they’ll see no reason to show you the proverbial door.

As an INFJ, I’ve executed the door slam six times in my life. Each time was extremely painful, and I didn’t come to the decision lightly. However, I can honestly say that I haven’t regretted a single one. The people I cut from my life were emotionally abusive, and getting rid of them improved my quality of life as well as my mental health.

The INFJ door slam, no matter how controversial it may be, is how people with this personality type protect themselves. While it may appear to be ruthless to outsiders, it plays an important part in the INFJ’s life — it’s their ultimate defense mechanism.

Liz Greene is an introvert, makeup enthusiast, and anxiety-ridden realist from the beautiful city of trees, Boise, Idaho. When she’s not writing, she enjoys eating fancy cheeses, fantasizing about what life would be like if she had an Iron Man suit, and re-watching Venture Bros. episodes for the 100th time. You can follow her latest cosmetic misadventures on her blog, Three Broke Bunnies  or follow her on Twitter @LizVGreene


Copyright © 2012-2021 Learning Mind. All rights reserved. For permission to reprint, contact us.