A narcissist has an overwhelming need for admiration and usually a complete lack of empathy toward others. But have you ever heard the term inverted narcissist?

As with other personality disorders, the individual must be at least 18 years old before being diagnosed. Narcissistic personality occurs mainly in men rather than women and affects around 1% of the population. Nevertheless, narcissism will diminish its intensity with age. Many individuals experiencing few of the most extreme symptoms up to 40-50 years.

Personality disorders such as narcissism are typically diagnosed by a psychiatrist or psychologist. There are no blood tests or genetic tests used to diagnose the disorder. Many affected people don’t receive treatment unless the disorder dramatically interferes with their personal lives, that is when dealing with stressful situations.

The causes of this disorder are unknown. There are many theories about possible causes. Most physicians accept an etiological biopsychosocial model – the causes are probably biological, social (how an individual interacts with family and friends) and psychological (personality and temperament of the environmentally modeled person and copied models to cope with stress).

This suggests that one factor is not responsible but the complexity of the three factors. According to research, if an individual has a personality disorder, their children will be likely to inherit it.

Ways to recognize a narcissist:

But what is an inverted narcissist?

Having understood how a narcissist behaves, let’s discuss the behavioural traits of an inverted narcissist and why they desire to connect with narcissists.

Below, there are some traits that explain the behaviour of an inverted narcissist:

An inverted narcissist is willing to go the extra mile in order to save their relationship/marriage. They will do it regardless of the mistreatment or abuse they may suffer; regardless of whether their desires or plans are fulfilled or not.

Similarly to the causes of narcissism, an inverted narcissist may have experienced psychological trauma or emotional neglect in childhood. This leads them to become vulnerable and insecure adults.

The treatment of this personality disorder is generally difficult because it takes a long time, motivation, and involvement from the patient. As is the case with other personality disorders, inverted narcissists generally do not require treatment for the disorder itself. Rather, they ask for help when the problems in their lives become overwhelming, and they are no longer able to cope with them.

Dependent personality disorder presents an increased risk for depression or anxiety, alcohol or drug abuse, physical, emotional, or sexual abuse. In situations where dependent personality traits cause a deterioration in the social or professional life sphere, psychological treatment is necessary and can significantly bring an inner balance.

Psychotherapy is the main treatment method and the goal of therapy is to help the person become more active and independent while learning how to build healthy relationships. 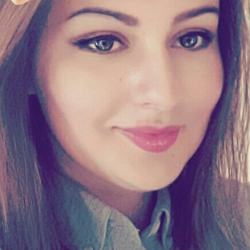 Andreea Vaduva, B.Sc. (Hons)
Contributing writer at Learning Mind
Andreea is a writer who is deeply passionate about the wonders of life, emotions and psychology. She holds an honours bachelor of science degree in Psychology with Education from the University of South Wales. Her motto is, "What comes easy won't last long and what lasts long won't come easy."