Is there life after death? Have you ever reflected on this time-old question, which has tortured the human mind for millennia? I did many times.

Before we try to explore the possibility of life after death, I would like to begin my article by saying that I’m not a religious person. At the same time, I believe that our existence is not a barely physical one. There is much more to life than just the chemical and biological processes that take place in our physical bodies. And yes, I tend to think that our existence doesn’t end with our physical death.

Undoubtedly, it is disappointing to think that after death, we just cease to exist. Everything that makes us who we are – our thoughts, experiences, perceptions and memories – simply disappears.

Fortunately, there are theories and thought experiments that disprove this idea. Personally, I believe that when we die, we just change to a different form of being. Or it could even be that we transit to another realm of existence.

Let’s explore some ideas that give a positive answer to the question: Is there life after death?

The largest study on near-death experiences concluded that consciousness can be preserved for a few minutes after clinical death. Dr. Sam Parnia of the State University of New York spent six years examining 2060 cases of cardiac arrest patients in Europe and the USA. Only 330 of those survived as a result of a resuscitation procedure. 40% of them reported that they had some kind of conscious awareness when being clinically dead.

Many of the patients remembered the events that occurred during their resuscitation. Moreover, they could describe them in detail, such as the sounds in the room or the actions of the staff. At the same time, the most common of the reported experiences were the following:

All these findings could indicate that human consciousness is primary to the brain and can exist outside of it. We know that science treats consciousness as a product of the human brain. Yet, near-death experiences hint to quite the opposite, providing the evidence that there is life after death.

2. Life After Death and Quantum Physics

Robert Lanza, an expert in regenerative medicine and the author of the Biocentrism theory, believes that consciousness moves to another universe after death.

He claims that death is nothing but a persistent illusion which has its roots in the fact that people tend to identify themselves with their physical body in the first place. In reality, consciousness exists outside time and space and, therefore, the physical body. This also means that it survives physical death.

Lanza tries to prove this notion with quantum physics, which claims that a particle can be simultaneously present in multiple locations. He believes that there are multiple universes connected with each other and our consciousness has the ability to “migrate” between them.

So, when you die in one universe, you continue to exist in another, and this process can be infinite. This idea is pretty in accordance with the scientific theory of the multiverse, which suggests that there may be an infinite number of parallel universes.

Thus, biocentrism sees death as a transition to a parallel universe and states that there is indeed life after death.

3. The Law of Conservation of Energy

‘Energy cannot be created or destroyed, it can only be changed from one form to another.’

Another idea from physics which is sometimes interpreted as an indication of the afterlife is the law of conservation of energy. It states that in an isolated system, the total energy always remains constant. It means that energy can neither be created nor destroyed. Instead, it can only transform from one form to another.

If we view the human soul, or rather human consciousness, as energy, it means that it cannot just die or disappear.

So after the physical death, it just changes into a different form. What does our consciousness turn into after death? No one knows, and this theory doesn’t give a conclusive answer whether there is life after death or not.

4. Everything in Nature Is Cyclic

If you take some time to notice and reflect on the processes that take place in nature, you will see that everything here evolves in cycles.

The day gives way to the night, the times of the year give way to each other in a never-ending circle of seasonal change. Trees and plants go through the process of death every year, losing their leaves in autumn, to come back to life in spring. Everything in nature dies to live again, everything is constantly recycling.

So why can’t the living beings like humans and animals transit to a different form of existence after their physical death? Just like trees, we may go through the autumn and the winter of our life to face an inevitable death just to be reborn again.

This perception perfectly resonates with the idea of reincarnation.

The Concept of Reincarnation

We all are familiar with the concept of reincarnation in Buddhism. So let me share an altered version of it which I believe is more realistic. I tend to see human consciousness as a form of energy that abandons the body at the moment of physical death. Consequently, it gets dispersed in the environment.

Thus, the deceased person’s energy just becomes one with the universe until it comes to life again and becomes part of another, newborn living being.

The main difference from the known idea of reincarnation is that, in my opinion, this process is far more complex than the Buddhists imagine it to be. Rather than having the same avacya (inexpressible) self traveling through the time from one physical body to another, it could be a composition of different energies that carry the experiences and qualities of multiple individuals.

It may also be that it’s not only the humans but all living creatures on our planet participate in this infinite process of energy exchange. This also resonates with the New Age concepts of universal unity and oneness, which state that everything is interconnected. 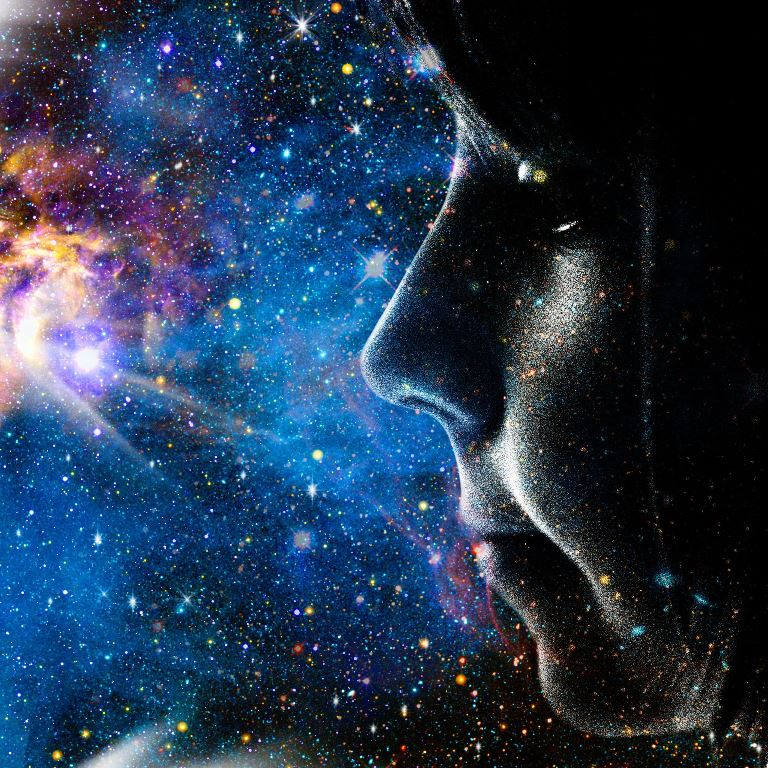 5. All Religions Have a Similar Perception of the Afterlife

This argument may sound the least convincing of this list, but it’s still worth considering. After all, our purpose here is to give some food for thought.

As I previously said, I’m not a religious person and don’t support any of the world’s religions. But I have asked myself many times, how is it possible that completely different religions, which emerged continents apart and centuries away from each other, have a similar perception of the afterlife?

No need to say that all religions state with certainty that there is life after death. But the interesting part is that even the seemingly unrelated teachings have a lot in common in their views of what happens after death.

For example, in Islam, both Heaven and Hell consist of seven levels while in Buddhism, there are six realms of existence. According to some interpretations of the Bible, there also are several levels of Hell in Christianity.

The main idea behind all these seemingly different ideas is that after death, a person goes to a level of existence that best reflects the level of their consciousness.

So, is there life after death?

I don’t know whether there is life after death or not, and no one does. But with the increasing awareness of the energetic nature of everything, including our own thoughts and feelings, it gets more and more clear that the existence is not a purely rational and materialistic phenomenon.

We are much more than just physical bodies with biological functions that scientific materialism considers us to be. And I believe that one day, science will find evidence of the vibrational nature of human consciousness. This is when the idea of the afterlife won’t be seen as purely spiritual anymore.

Is there life after death in your opinion? We would love to hear your thoughts on the matter.