The Rosenhan Experiment That Shattered the Boundaries of Sanity

In 1973, David Rosenhan published a psychological paper titled “On Being Sane in Insane Places”. This study became known famously as the Rosenhan Experiment. He wanted to discover whether medical professionals could really tell the difference between the sane and the insane.

His research sent shockwaves through the psychiatry community and ultimately changed how diagnoses are given. Despite the praise though, there have been several conflicting ideas and criticisms of his work too.

The Rosenhan Experiment used eight willing participants, including Rosenhan himself. Some were psychologists too, while others hadn’t had anything to do with the profession at all. They were all mentally healthy. He called these participants “pseudopatients”.

They gave fake names and occupations, but kept all other details about themselves truthful, such as their family situations and childhoods. Their goal was to be admitted into a psychiatric unit based on the fictional symptoms they reported.

They each contacted hospitals across five US states and reported the same symptoms. They said they were hearing voices that said things like “hollow”, “empty” and “thud”. Rosenhan chose these words because they suggest an existential crisis, in the form of psychosis.

At the time, there was no literature on existential psychosis. As per the goal for the Rosenhan Experiment, the intention was to learn whether doctors would diagnose something based on symptoms that weren’t recognized as part of any psychiatric disorder.

All eight pseudopatients were successful in getting admitted. They were all diagnosed with Schizophrenia, based on the one symptom they reported, except for one who was given the diagnosis of Bipolar Disorder. Once they were let into the hospitals, they all stopped exhibiting their fake symptoms and returned to being entirely themselves. The experiment into how firmly the doctors would stick to their diagnosis had finally begun.

Once a pseudopatient entered the hospital, they began testing the doctors and nurses and recording their results for Rosenhan’s Experiment. They engaged in typical day to day activities on the ward, such as socializing, playing games and speaking to staff and other patients as they would in the outside world.

When asked how they felt, Rosenhan instructed them to say that they are well and to make it clear that they no longer experience any abnormal symptoms. Despite, their normal behavior, no doctor ever considered that their diagnosis was incorrect.

In 4 of the 12 hospitals tested in the Rosenhan Experiment, the pseudopatients also observed the staff’s interactions with the patients. They reported that very few ever paid much attention to those who needed it. Most of them wouldn’t respond to questions such as “when am I likely to be discharged?”, despite the calm and sane nature of the question.

This ultimately became a common criticism of the Rosenhan Experiment. Maybe it wasn’t a misunderstanding of sanity, but simply not giving enough time to finding out.

All of the pseudopatients hated their time on the wards. They described becoming depersonalized and feeling powerless. They all wanted to leave immediately. Their stays ranged between 7 and 52 days before discharge, and they were all discharged under the notion that their psychosis was “in remission”. At no point was it considered by the staff that they might not have a psychiatric disorder at all.

The staff were often absent and rarely spent time with the patients. They kept their interactions to a minimum. Some pseudopatients even reported the doctors and nurses being abusive and rude.

Ultimately, the Rosenhan Experiment resulted in the anticipated way. David Rosenhan concluded that hospitals truly could not distinguish between the sane and the insane.

Some of the records and observations made by the pseudopatients were shocking and further confirmed the point that the Rosenhan Experiment had been set up to prove. Other genuine patients in the hospitals easily picked the pseudopatients out as fakes.

35 of the 118 real patients they interacted with noticed that they didn’t belong there. One real patient even accused a pseudopatient of being a journalist. This leads us to wonder if the pseudopatients were clearly fakes, the doctors were just not attentive enough to notice.

Some of the doctors and nurses even went as far as to label normal or healthy behaviors as pathological. In three nurses’ reports relating to the pseudopatients, they refer to their writing in notebooks as a psychotic behavior. This writing was done for the purposes of the Rosenhan Experiment and is a “sane” thing to do for any person who struggles with their mental health.

Similarly, it was reported that a group of staff had accused patients who gathered early for dinner of having Oral-Acquisitive Syndrome. In reality, as the pseudopatients reported, they were simply bored.

Rosenhan even conducted a second experiment where the doctors and nurses were aware that there was a pseudopatient on the ward. 83 out of a possible 193 patients were identified as suspicious by at least one member of staff. Rosenhan then revealed that there was no pseudopatient at all. Clearly, there was no uniform idea of what they were looking for in a “sane” person.

Criticisms of the Rosenhan Experiment

Unfortunately, despite its general success, some psychologists have presented issues with the Rosenhan Experiment. Some raise issues with the confidentiality of the experiment. While Rosenhan may have had good intentions, he kept the names of the hospitals and the pseudopatients confidential. This meant verifying his findings was impossible.

Rosenhan’s experiment also reports conflicting views on the doctors and nurses who tended to the pseudopatients. While in some reports they’re considered ignorant and abusive, in others they’re praised for being intelligent and committed.

Critics also wonder if the pseudopatients behaved “normally” at all. By writing and observing and the fear of being caught, there’s a chance the Rosenhan Experiment was flawed from conception.

Ultimately, both Rosenhan and his critics came to the same conclusion. It is difficult to distinguish the sane from the insane, even for medical professionals. As part of the human experience, we swing through all sorts of emotions all the time. Sadness, anxiousness, and anger are all normal feelings.

Sane and insane are extreme labels and we all sit on a spectrum rather than within definite labels. Fortunately, this is how modern-day psychiatrists view mental health now – in part due to the success of the Rosenhan Experiment. 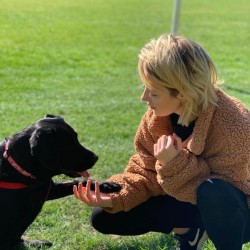