We all go through life making decisions, using our own free will, right? We are certainly smart enough to know if someone is trying to manipulate us. So it stands to reason that we would know if someone was using subliminal messages, wouldn’t we?

But subliminal messages are just that. Little hidden words or triggers designed to sneak in under our subconscious and sway our way of thinking. Don’t believe me? There is evidence to suggest that subliminal messages were used as far back as ancient times and wielded as a mystical power. So what exactly are they?

What Are Subliminal Messages?

Subliminal messages are hidden messages in recordings such as video, audio, pictures and music, etc. The word ‘subliminal’ comes from Latin words sub (below) and limen (threshold). The threshold is our subconscious and the messages come below it, which means they are not noticed by our conscious mind.

Before we get too caught up in how powerful subliminal messages are said to be, we should first mention one popular study. This study is constantly being cited to claim the effectiveness of subliminal messages. In 1957, James Vicary used a drive-in theatre where he played a movie and simultaneously flashed up the words – ‘Drink Coke Cola’ and ‘Eat Popcorn’ every 1/3000th of a second. He then stated that Coke sales afterwards had increased by 58% and that popcorn by 18%. When his results were checked, they were found to be completely bogus.

This does not mean, however, that subliminal messages do not work. In fact, we see them everywhere in advertising.

How Subliminal Messages Are Used in Advertising

“A good advertisement is one which sells the product without drawing attention to itself.” David Ogilvy

You don’t have to look too far before you start seeing clever ways companies are sneaking in subliminal messages.

Amazon, for example, has created a smiley face by connecting the A to the Z in Amazon, which suggests that customers will have a good experience with the company.

Advertisers such as Ritz Crackers and Gilbey’s Gin embedded the word ‘sex’ into their products. As it was hidden and unconsciously perceived, it was supposed to elicit sexual arousal and make customers more likely to buy the product.

Coca-Cola designed the shape of their bottle to resemble the curvy shape of a voluptuous woman.

Tobacco advertising was banned in the EU in 2005, but Marlboro, sponsors of Ferrari, found an ingenious way to get around the ban. They painted a barcode in Marlboro colours on the side of their cars which, when speeding past spectators, looked remarkably like their logo.

If you look closely at the FedEx logo, you can see that there is an arrow in the white space between the capital E and the x, indicating the speed of which the company will deliver your package.

SFX is a magazine that usually focuses on science fiction and started back in 1995, but they have learned in the past couple of decades that sex also sells. Is it pure coincidence that whenever a scantily clad woman appears on the front, her head blocks out the bottom of the ‘F’ in SFX, making the word look like SEX. 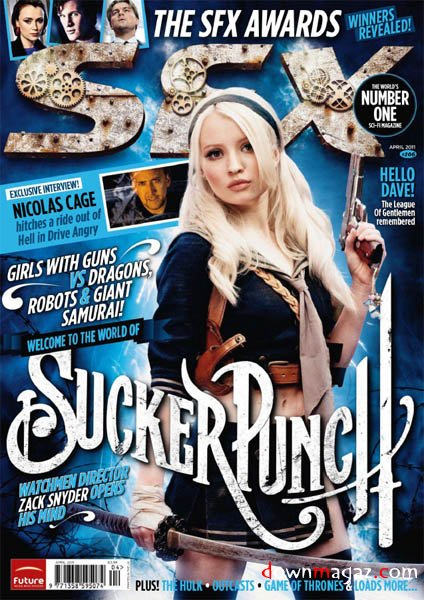 How Supermarkets Use Subliminal Messages

Would supermarkets use tactics such as subliminal messaging in order to get us to buy more products? Of course, they would. I mean, how many times have you gone into a store for just a couple of items and left with a whole trolley full of stuff you didn’t need?

So just how do they do it?

Stores have set out the environment from the moment you walk through the door to maximise your spending experience. Supermarkets will place fresh produce such as fruits, vegetables and flowers at entrances to set the tone of the whole store.

Music in supermarkets will be slow and soft to allow shoppers to concentrate. Trendy clothes stores will play loud fast-paced music to excite their customers.

Many UK stores have banned the sale of sweets and candy at the point of sale points. However, there are there still be tempting impulse and last-minute buys placed in these areas, and at low levels (to entice children).

Smells evoke not only hunger but memories too. The smell of fresh baking bread can bring back a holiday in Provence. Roasting chickens can remind you to get something for dinner.

How People Use Subliminal Messages

Subliminal messages are a technique well-used in Neuro-Linguistic Programming or NLP. NLP uses the way we think and speak to change our behaviour. It was first created by Richard Bandler and John Grinder in the 70’s in the US. It is used for treating problems such as anxiety, depression, phobias, behavioural disorders and much more. It can be open to misuse, however, as NLP has also been associated with mind control.

Here’s how a person would use NLP alongside subliminal messages

The NLPer would watch the person carefully to pick up on subtle cues and determine whether they are:

Once the NLPer has this information they start to ‘mirror’ the other person to create a sense of rapport. They will do this in several ways. The first is to copy their body language. They will do this subtly and they will know if it is working when the person starts copying them back.

The NLPer will talk using their preferred language sense patterns. Here are some examples:

This way of mimicking the other person and creating a rapport is to get them to drop their guard, open up and be vulnerable to your suggestions. Once their guard is down, you can influence them using subliminal messages and lead them wherever you want. However, you are unlikely to get them to do anything they wouldn’t in real life. You might get them to agree to a date or donate to a cause, but nothing that they absolutely wouldn’t do under any circumstances.

So, can subliminal messages really influence our behaviour? Are we taken advantage of every time we go to the supermarket or talk to some friendly stranger at the bar?

There’s not really enough evidence to suggest that. But perhaps next time before you leave the store, just check your shopping and see if you really do need that 10-gallon tub of moisturiser or heart-shaped waffle-maker 😉