It’s not the sheltered individual that becomes the nicest person in adulthood. It’s the broken people who have the kindest hearts.

Trauma, heartache, and pain can hold us back if we let them, but they can make us stronger too. These experiences that create damaged people can also create kind and appreciative people as well. It’s because we don’t all fold under immense pressure and abuse.

Sometimes, we grow and we actually heal. Yes, it is hard to heal, especially when pain or trauma repeats itself, but we can still evolve into butterflies afterward. We can also share the love and kindest like no other.

Hope for the hopeless

So many children in this world are abused, and so many unexpected deaths and heartaches happen every day. At first, it seems like our lives are ruined. We may suffer for years, decades even, but our story doesn’t have to be hopeless.

In fact, there are many of us who have learned to love hard because of the damage we’ve been dealt. As broken people, we develop amazing quantities of empathy and charity. How is this possible?

Why the kindest people were once broken people:

Broken-hearted people, whether victims of abuse or survivors of trauma have known true darkness. Most of the victims of any harrowing experience have been to the depths of this darkness, lived there for quite some time, and then came back with something remarkable.

People who are damaged but who have healed bring the brightest light back with them after their previous hell. The deeper the darkness, the brighter the light that they bring as well. They learned to understand how the darkness works, and they also understand how to illuminate this well of hopelessness. These broken individuals become kind and loving due to the light they learned to generate while in the dark.

2. They know where growth comes from

People who’ve suffered from long periods of pain learn to adapt. Maybe at first, they are pessimistic, but after learning things from their pain, they see something else behind the hurt. They see the potential for growth.

Now, I’m not saying that people should hurt to understand how to grow and mature, but those who have felt this pain seem to learn faster. They also tend to spread this knowledge to others in a sort of way that is patient and comforting. The broken ones help others who are broken by showing that love fuels incredible growth.

3. They love the greatest

Have you ever met someone who seemed to love so hard that it was almost too much? Well, sometimes broken people mature into individuals who love hard and they love true with a sure sense of loyalty and devotion. Why do the broken love so hard?

Well, usually this comes from the lack of love they received as children or the many times of heartache from dysfunctional relationships. They may even love so hard due to being neglected at some point or the other.

Those who have suffered from a lack of love may be suffocating you, but it’s just that they want to make sure they love with their whole heart. 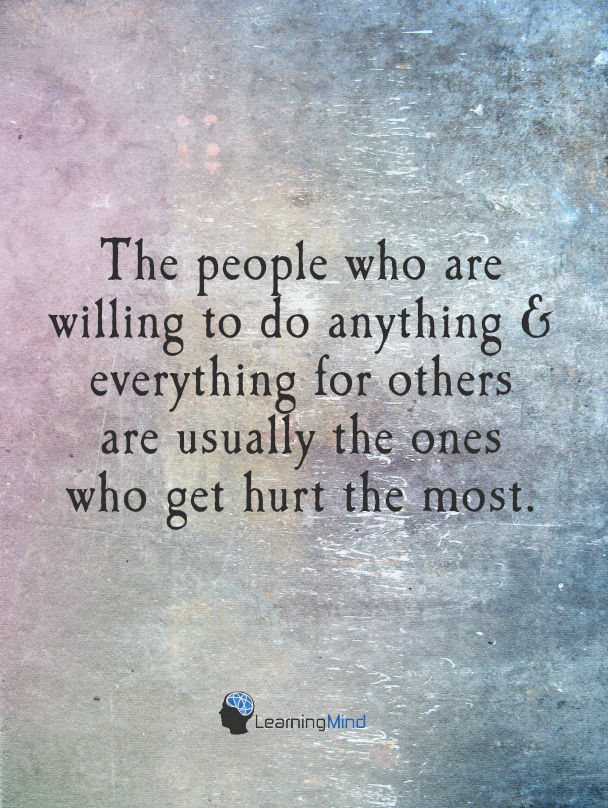 The people who are willing to do anything & everything for others are usually the ones who get hurt the most.
-Unknown

4. They want to stop the hurt

When you meet a broken and damaged person, they will either be angry because they have yet to heal, or they will be the kindest person you will ever meet. Another reason why they are so kind is that they don’t want anyone else to suffer in the way they did.

5. They are resilient, and they are empathetic

Survivors of horrific events are usually quite resilient. They’ve been through some of the worst experiences and came out the other side as a stronger person. Broken people such as this become resilient and can face things that scare others. 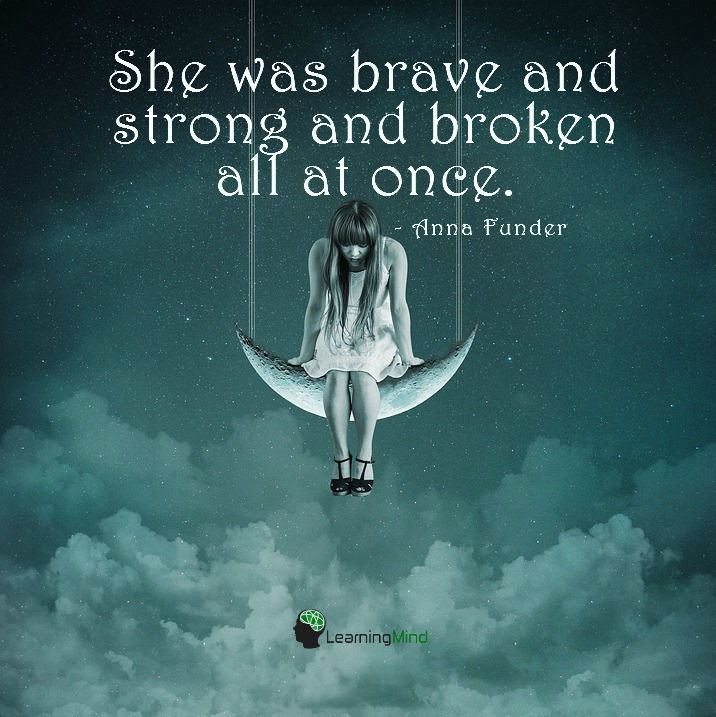 She was brave and strong and broken all at once.
-Anna Funder

With this resiliency, they tend to have a great deal of empathy which causes them to be kind to others. If someone else is going through something, they serve as both the backbone and the balm to those who need it most. The kindness of some people helps victims of abuse or domestic violence in ways that treatments and therapies cannot touch. It’s because they can relate to dealing with huge amounts of pain.

Many broken people are judged because they are different, or because they occasionally exhibit a few setbacks due to their traumatic history. Do not be fooled, however, these are some of the strongest people you will ever know.

Remember this, broken people know what it feels like to be hurt, and so they work hard to be as kind as possible to everyone. When someone is mean to them, they often see the hurt behind the insults and anger instead of how much they don’t like the hateful person. Many of us cannot do that and tend to just dislike those who are unkind to us. Yes, the broken prefer to be nice and understanding…

It’s almost as if trauma has endowed them with the superpower of kindness. These are the reasons why the broken are so special.