The Cause of Phobias and Other Mental Disorders May Be Hidden in the DNA Memory, Study Suggests

What if the cause of phobias has to do with the fact that our ancestors’ fears are passed down to us through the DNA memory?

The more we understand about the world around us, the more baffled we are. Even though scientists have previously speculated on the existence of genetic memory, a new study might bring them a step towards the confirmation of this theory.

What we experience in our everyday lives and our notion for the mental recreation of past endeavors is called somatic memory. Limited to the organism itself, this type of memory helps biological creatures strive towards the survival of the species.

However, throughout the years, there have been a number of studies that have given light to a theory that the deoxyribonucleic acid may have integrated memories from a species ancestors.

The new research that further builds on the theory comes from the Emory University School of Medicine in Atlanta. The study itself was conducted with the help of mice, which were given different fear stimuli.

The stimuli were unnatural to the species, such as the smell of cherry blossom, and researchers tested if the fear itself can be transferred to subsequent generations via mating the mice exposed to the new fear stimuli.

The study was conclusive in its results, showing that the offspring retained fearful responses to the odour of cherry blossom, without ever coming into contact with it before. What adds to the theory is the fact that the next generation of mice also showed the same fearful behavior.

“We have begun to explore an underappreciated influence of adult behaviour – ancestral experience before conception,” stated Dr. Brian Dias from the department of psychiatry at Emory University.

“Such a phenomenon may contribute to the etiology and potential intergenerational transmission of risk for neuropsychiatric disorders, such as phobias, anxiety and post-traumatic stress disorder.”

What that means is the fear of spiders almost each one of us has, may be directly connected to our ancestors and their experiences with spiders.

Similar studies conducted on mice, also tend to give more strength to the overall theory of DNA Memory. For example, another study shows that in mice, the mother’s milk has a direct effect on the memory ability of its offspring.

Although more research has to be done, scientists are pretty conclusive that there’s a lot to DNA memory that meets the eye. With ongoing developments in epigenetics, the prevailing hypothesis is that a human’s mindset and psychological characteristics are directly related to their ancestral heritage.

This means that the cause of phobias, anxiety and stress disorders may be linked with the experiences your ancestors have had. The result of the study itself also helps explain why some people suffer from seemingly irrational phobias and might help with the treatment of those phobias as well. 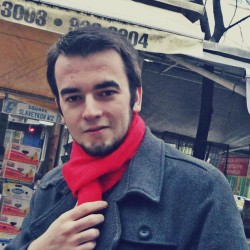 Ivan I., B.Sc.
Contributing writer at Learning Mind
With a degree in programming, Ivan loves anything that can engage his thinking. He explores topics ranging from particle physics to religious debates. In his free time, he likes to think about the fundamental questions of our existence, purpose and the future.