Sharks. Denizens of the deep. Fearsome predators. Sharks have a negative association in real life. Just two bars of music from Jaws conjures up the image of that terrifying mouth of razor-sharp teeth rising from the ocean. So what do dreams about sharks mean?

Does the presence of a shark in your dream indicate a threat in real life? Is it, therefore, a warning to be careful? But we often swim with sharks so it is a signal to be more daring? Let’s first look at what sharks in dreams represent. Then we can interpret various scenarios.

What Emotions Do Sharks Represent?

Sharks are associated with several emotions:

The obvious emotion is fear. Sharks are predators. They are at the top of the food chain. Sharks are masters of the kill. As such, there is nothing that can kill a shark. The thing about a dream with sharks is that they feel so frightening. When we think about sharks in real life we picture that ominous black tail fin, gliding through the sea. It is waiting for the opportune moment to strike.

Likewise, we think of those distinctive rows of pointed teeth, sticking out from a yawning mouth. So dreams about sharks are nearly always associated with fear or the threat of something.

Sharks are also known for being cold. Those cold, blank, dead eyes are emotionless. Even during a bloody feeding frenzy. They remain impassive and detached. Sharks are a bit like the Terminator. You cannot reason with them. And they absolutely will not stop, until you are dead.

Like the Terminator analogy, sharks are savage, ruthless killers. They will pursue their prey for miles to get a kill. Or they will wait patiently for the opportune moment. But whatever happens, they’ll never give up.

Now we have a basic understanding about dreams with sharks, let’s get down to the nitty-gritty of what they actually mean.

Animals in dreams have particular importance. As a result, we need to examine them carefully. Sometimes the animal represents you, the dreamer. Other times it can be a symbol of family or friends. The type of animal is obviously, very important.

Sharks as People in Your Lives

The Shark Represents You 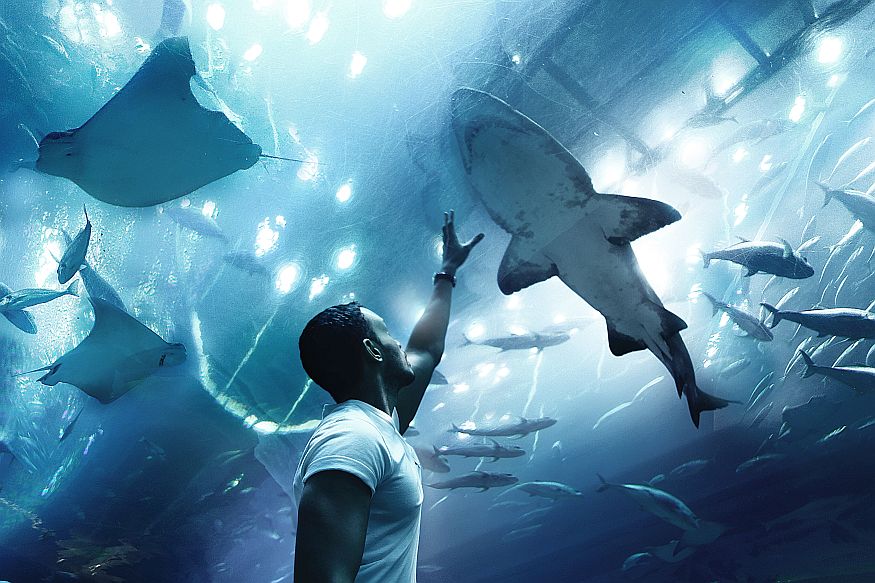 Water, particularly underwater, is associated with our subconscious. Therefore, it stands to reason that dreams about fish or creatures, such as sharks, that live underwater also relate to deeply-entrenched thoughts and emotions.

However, dreaming about a shark doesn’t necessarily mean you are a cold, ruthless person. In actual fact, it could signify that you have unresolved issues or fears that you’ve pushed down. Consequently, these are now resurfacing and need dealing with.

In contrast, consider the scenario where people swim with sharks as a personal challenge. Your subconscious mind is connecting the shark with something you are afraid of and asking you to face it.

As sharks have a pretty negative association, a dream about one could also indicate a negative part of your identity. None of us likes to admit we may have character flaws. Therefore, it’s likely that we’ve either buried them or haven’t acknowledged them. Your dream is prodding you. It’s saying that you need to recognise that you are not perfect.

For instance, you might have anger issues, a bad temper, or act in a coercive-controlling way with a partner. Either way, the shark in your dream is all about getting you to be more enlightened about yourself.

The Shark Is Someone in Your Life

Negativity is the game here. So what are the major characteristics of the shark? Well, we know they exact fear, they are cold and ruthless. But there’s another aspect in dreams about sharks, and that’s greed.

Sharks symbolise greed. They are gluttonous creatures with an insatiable appetite. Dreaming about sharks is a signal that you feel drained by someone close to you. This draining feeling can either be in an emotional or financial way. But whichever way it is, the person who is represented by the shark in your dream is after something that you have. Furthermore, they don’t care who it upsets or affects. 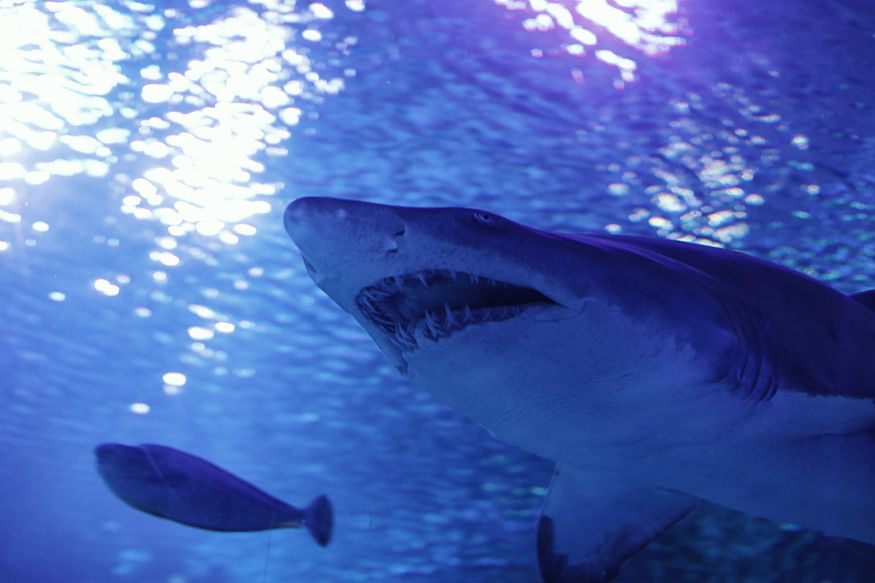 You saw a shark: This is a symbol of your own ruthlessness, greed and cold-blooded nature in real life.

You saw a shark fin: A fin of a shark is a warning in a dream as it is in real life. Be careful, there are difficult times ahead.

The shark was in a pool or aquarium: You have strong sexual desires that are not being fulfilled right now. Time to accept who you are.

You were a shark: You have the qualities of a shark, i.e. you are ruthless and tend to get what you want. This dream is suggesting that you could be more sensitive.

You came across a dead shark: You’ll overcome any enemies and outwit those who try to deceive you.

You killed a shark: It is time to end a bad relationship. You have the control.

You caught a shark: Face up to a difficult problem quickly and you will overcome it.

A shark attacked you: This is not a good omen, it signifies an accident-prone period or a time of ill-health.

The shark bit your leg off: You should think very carefully before making major decisions.

The shark bit off your hand or arm: Be watchful of your colleagues, they may not have your best interests at heart.

The shark swallowed your whole body: You feel powerless in real life. You need to think laterally to solve the problems.

You fought the shark and survived: You will need to fight in real life but you will succeed.

You ate a shark: You have a lot of negative emotions and aggression inside. Time to get help so you can release them in a healthy manner.

Dreams about sharks can feel terrifying at the time. But they can also reveal a huge amount of information. So, take your time, think about the dream and use it to move forward in your life.