Would you be able to recognise the signs of coercive control if it was present in your relationship?

I thought I would, but it is only after years of reflection that I realise I was being controlled in a number of ways. The thing about coercive control is that it’s pretty hard to pin down exactly what it is. It’s not physical or mental abuse.

In my situation, I knew deep down things weren’t quite right. In fact, if you’d asked me what was wrong, I would have struggled to tell you.

So what do we mean when we say coercive control?

The term coercive control was first created by Evan Stark in order to fully understand that domestic violence is not just about physical abuse.

Coercive control is when a person that you have a personal relationship with behaves repeatedly in a way that makes you feel controlled, dependent, scared or isolated.

Signs of coercive control include:

In my relationship, I experienced all but a few of the above signs of coercive control.

I met my ex-partner almost 20 years ago. He was utterly charming and what drew me to him was his kindness. He had been married before and was a father to two young children. We began a relationship and soon moved in together.

One thing that raised a slight red flag was that he’d mentioned an argument with his ex-wife that still bothered him. He told me that one morning he had got up for work and asked his ex-wife to make him an English breakfast (a fry-up). She was busy with two toddlers under the age of 3 and didn’t have the time. He was furious and didn’t speak to her for a whole week.

To be honest, I sided with the ex-wife. Make your own breakfast, I thought. But the thought vanished and we began our lives together.

When the first signs of coercive control appeared

The first sign of trouble started soon afterwards. I had always wanted to study psychology, so I applied to the Open University to begin a foundation course. It included one lesson a week at a local school 20 minutes’ drive from our house.

Everything was fine in the beginning, but when I started getting enthusiastic about the course and told my partner about the male tutor, it all changed. The lesson was on a Monday. Sunday night, he would be moody. The day of the lesson, he would be downright miserable.

He began timing my return from class. If I was 5 minutes late, there would be an inquisition. I was loving the class and getting on very well with everyone.

After the class finished, everyone else went out for a drink at a local bar to carry on the discussion. I told my partner one week that I was going. He did not speak to me all that week.

I decided it was not worth the hassle. At the end of the year, despite passing and wanting to carry on with my studies, I stopped. It would take me 15 more years to finally get my degree.

I was with my partner for 10 years and never studied again while we were together. He began isolating me from my friends, saying they were a bad influence. Also, my family were no longer welcome.

More signs of coercive control that I didn’t recognise

Then my partner got a job 100 miles away. I didn’t want to move. I knew no one where we were going, but we ended up moving anyway because his needs were greater than mine. I got a little bar job in a local pub but again, I was not allowed to ‘fraternise’ with my co-workers. He was in charge of all the money that came into the house.

Little things started happening. If I shaved my legs, he would accuse me of having an affair. If I wore makeup or perfume, the same thing would occur. Talk with the postman for too long and he would sulk for days.

One day we went shopping and as we were leaving, he turned to me with fury in his eyes and accused me of ‘eyeing up men’ all the while we were out picking out our groceries.

It got to the stage I did not wear make-up or shave my legs. I even started looking down at the pavement whenever we went out so he could not accuse me of looking at other men.

Then we got a dog. It was a golden retriever of 10 weeks and I fell in love with it. Although we got it together, it soon turned out it was my dog and my responsibility. As all young dogs do, it would dig up holes in the garden, which would irritate my ex no end.

It also had a ‘doggy stench’ apparently and I remember one day when my ex was in a particular narky mood. He came in waving some lit joss sticks like Morrissey and moaning about the dog smelling to high heaven. At that moment, I thought, “You are a total prat”.

Two things bought me to my senses. My partner had to go into the hospital one weekend. It just so happened that I was in the middle of a migraine. In those days, my migraines lasted on average 3 – 4 days. I couldn’t collect him, so I arranged a friend to instead as I was still in bed.

The moment he came into the house he accused me of having a lover over that weekend which was the reason I hadn’t visited him or picked him up. My head felt like someone was hitting it with a sledgehammer and this idiot was standing at the foot of the bed telling me I’d had a lover over?

The second incident happened shortly afterwards. He told me he was getting rid of the dog. I stood in the kitchen and I remember thinking, I can either let him do this and I am literally nothing, or I can leave with my dog. I left with my dog.

It took me a long time to realise that I am not worthless the way my ex kept telling me. That actually other people would manage to ‘put up’ with me, not only that but would love me for who I am. Not try and force me into some weird, pliable, obedient robot.

My ex-partner raised his hands to me twice in ten years. You could hardly call that domestic abuse when you consider what other women have to endure on a daily basis.

But I was still under coercive control. My friends used to say that my sparkle had gone. And they were right. It took me a long time to get it back.

What coercive control is not 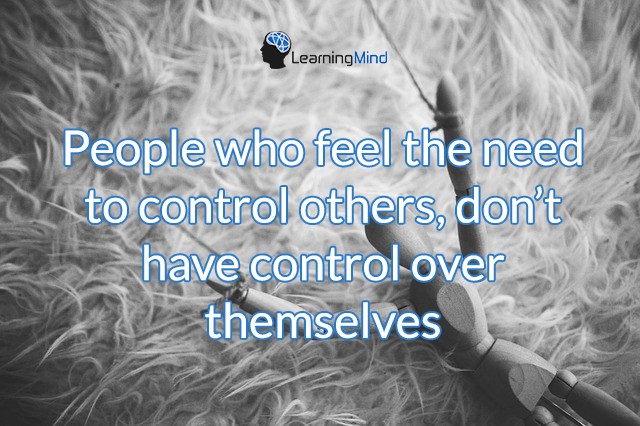 People who feel the need to control others, don’t have control over themselves.
-Unknown

Controlling someone isn’t always about using violence. My ex would constantly use mind games, he’d change the boundaries.

I’d never know what mood he would be in, for instance. So when he was in a good mood, I’d be so grateful I’d forget all the crap he had put me through for the last few weeks or so.

This is a good example, once I crashed his car. It was a total accident, not my fault, another driver hit me. He didn’t speak to me for 2 whole weeks. Then when his football team happened to win a champion’s league trophy, he told me that ‘all was forgiven’ and I could give him a kiss.

Coercive control is first and foremost about a person’s liberty and freedom. It is about having to obey a set of rules created by the perpetrator that keep the victim hostage.

As for my ex, the funny thing is, after I left him, I was told he got a girlfriend that was even more controlling than he ever was with me.

I guess karma works after all!