If you think something might be wrong with your relationship, you could be right. You just might be the victim of psychological abuse.

Psychological abuse, although it doesn’t include any sort of physical harm, does have a huge impact on your health and your future.

This devious form of abuse can sneak in and take over the way you think and function. Before you realize what has happened, you’re already deep in its grasp. Then, when you’re thoroughly damaged, you must pull yourself from the trap and learn to heal. It’s not an easy task.

A decade of abuse

For twenty years, I endured psychological abuse, but for me, it was different. I had already been diagnosed with bipolar disorder and anxiety. This made going through the abuse much more difficult.

My mental disorder had its own symptoms and I leaned on my partner, at the time, for comfort and help. Instead of receiving the help that I needed, he resorted to psychological brain-washing.

I was creating drama, I was seeking attention and I was purposely causing his life to become a living hell, or this is what he told me. All the while, I cried alone because of my inability to stop feeling and responding in the manner in which I did.

Instead of helping me seek help, he used my condition against me. He did whatever he wanted and used my mental illness as the reason for my own unhappiness and discord.

Eventually, I was able to see things a bit clearer. I started to recognize who I was and what I wanted out of life. The guilt that he had placed upon me for my reactions, my outbursts, and my depression, started to fade as I saw the truth.

He wasn’t that concerned about my pain, but more concerned about the impact that my pain had upon his social life. I saw many things, but first I recognized the signs of psychological abuse.

Psychological abuse is a subtle monster. It destroys as it builds itself up

It was a process. First, I started to pick up on patterns. My partner would always use my bad days as opportunities to be unfaithful, claiming that I drove him to do these things.

I started to see his expressions change right before he would create a problem between us, which afterward he would blame on me.

There were many signs of psychological abuse, and here are 8 signs of subtle abuse that you can look for as well. I hope it helps.

This form of psychological abuse makes the victim feel alone and guilty at the same time. The oppressor sends a signal to the victim that they are angry and they have been wronged. In truth, the offense was probably not that great, if it was even wrong at all.

Anyway, the abuser becomes silent, with this brooding atmosphere surrounding them. The point is, you’ve screwed up and they want you to be afraid, wondering what punishment is being decided in silence.

If my abuser did something that made me unhappy, and I told him, he would say I am over-reacting. He would say that what he did wasn’t such a big deal.

Furthermore, he might tell me that I am one who should evaluate how I feel and that my feelings are wrong. Invalidating feelings is one of the abuser’s specialties. It doesn’t matter how the victim feels about something, it’s about retaining control.

I’m doing this. I call my partner names every time I get into a fight with him and guess what, it’s unhealthy and mean. I know where this came from, it derived from the times many years ago when my abuser called me horrible names while degrading me.

Name calling is one of the most common weapons of those who are abusive. It’s the quickest and most harsh way to attack self-esteem. Once the self-esteem is lowered, the abuser can continue with other tactics.

It’s a truly heinous act, and I am currently in the process of eliminating this negative part of myself.

Those who resort to psychological abuse are usually unwilling to apologize for most anything. Even when they are clearly in the wrong, they have a hard time reconciling their bad actions, and it’s easier to blame others.

They may even say that they are unable to apologize because clearly they were driven to their actions or they were sick. There are so many excuses that a person can use to keep from apologizing when they should.

To the abuser, an apology is an admission of weakness, and this is never the image that the abuser wants you to see. 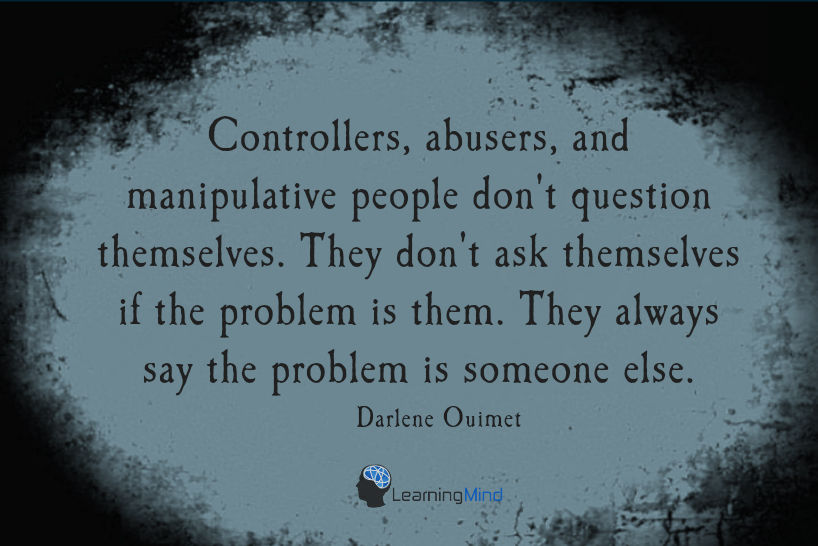 Psychological abusers see their partners as extensions of themselves, or rather the abuser’s fan club. This is sad, and can actually keep someone from reaching their full potential.

When I was younger, I remember basing what I wanted to do on what my partner wanted. I would ask him how I should style my hair, how I should dress and I would also force myself to like the things that he liked.

But it was slowly killing my soul. He, on the other hand, reinforced this way, and when I started to break free, grew furious by my desire to be independent. Abusers like this are possessive and they even see you as someone who can shine more light on them.

My physical health has been affected by this abusive action. For years, I was intimidated by what my abuser would do to me or if they would leave me. For years, I had no idea that I could make it alone. Intimidation can occur in many ways.

Your abuser can threaten, withhold or demean you as a form of intimidation. Forms of subtle intimidation can be insidious, but if you’re strong enough, you can call them out on it. It may cause them to become angry, but they will think twice before using it again.

The reason why abusers withhold intimacy is that taking away this expression of physical love conveys the message that you don’t deserve the affection. Apparently, you’ve done something so wrong that to allow you intimate pleasure would give you power.

The power that the abuser is afraid of is the power of good self-esteem. An abuser doesn’t want you to hate yourself, but they certainly don’t want you to have too much confidence. Too much of this and they could lose control.

Psychological abuse means being irresponsible and not trying to improve conditions for you, your mate and your family. If you refuse to get a job or buy food for your family, you are abusing your family, plain and simple.

I remember begging for diapers for my son when he was a baby because my partner felt it was more important to get drunk instead. Days and nights, in poverty, were some of the hardest lessons I had to learn about being unaware of someone’s true intentions.

Abuse that came from abuse

Currently, I am battling something extremely difficult. I have noticed the traits of my past transferring into my current relationship. I am ashamed to admit that I am picking up abusive behavior that was once used on me.

Yes, I can see it, but somehow, in certain situations, I am powerless to stop these harmful words and actions. I have, however, started to recognize the feeling that comes over me before I start to act controlling. Now, if only I can stop that feeling and take some time to be rational.

Maybe, just maybe, I can stop the pattern of abuse.