There are certain French philosophers whose ideas can provide valuable and critical insight into our lives and society today. They were highly influential in western philosophical thought, and are widely considered to be some of the greatest French thinkers of all time.

The philosophers in question have similarities in their teachings but they also differ. Taking a look at them will give an insight into French philosophy over a few hundred years.

French Philosophers and Why They Are Important

These icons of French philosophy range across three centuries and reside in the Renaissance period of thought. All of them provide useful and practical ideas on self-reflection, helping us to understand ourselves, and the world around us a little better.

Here are four French philosophers who are deeply intriguing and thought-provoking, and whose views are still relevant today:

Michel De Montaigne was born in the 16th century and was a well-known and admired statesman of the day. However, it is his writing that he is remembered and celebrated by.

He was a sceptic and took issue with the Renaissance doctrine of reason being the highest measure of finding meaning and fulfilment in our lives. This means using our intelligence and critical faculties to determine right from wrong, dealing with our inner struggles and other difficult questions surrounding existence.

Montaigne was unhappy with this notion because he felt it was too difficult to fulfil for many people. He thought that reason was a useful tool, but that it was unrealistic to expect everyone to live happily just through using it. 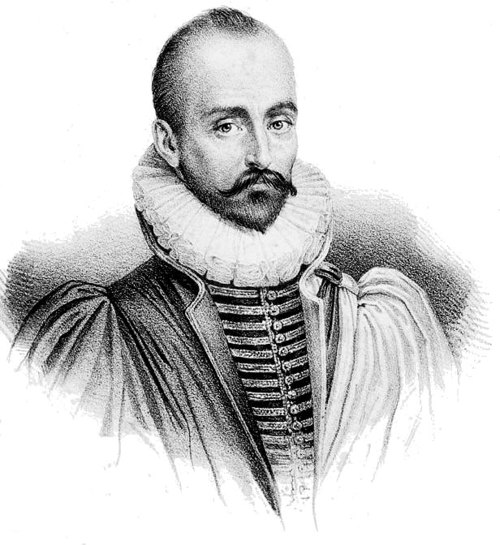 Montaigne was critical of academia and so set about writing accessible essays that would be an alternative to the highbrow and complex works of academics. He understood that people might feel inadequate if they do not understand philosophy or other aspects of academia.

Montaigne also understood that everyone might feel inadequate about aspects of their physical bodies.

He used this as a talking point in his writing. He gives an ironic and satirical attack on academics through his philosophy, whilst also providing comfort to us by highlighting the normality of our inadequacies and anxieties.

Montaigne wrote about things that we might normally consider embarrassing, such as going to the toilet or other bodily mishaps (like the passing of wind). He wrote in a conversational tone and explained what he liked to eat and what his daily routine was. All these things are normal, and Montaigne draws our attention to this important fact.

Montaigne’s wit and satire can provide important comfort to us if we ever feel inadequate, anxious or isolated because of ailments we feel we have. He simultaneously makes a mockery of academics and reminds us that we are all the same despite our embarrassments.

Montaigne is important because he exposes the commonalities of our inadequacies and remedies our anxieties in a colloquial and amusing way.

It is ok to be confused sometimes, and all of us go to the toilet.

René Descartes was a famous philosopher and mathematician. He is considered to be a huge influence on modern philosophy. Descartes is probably most popularly known for one important and significant phrase:

“I think; therefore I am”

What does this mean? This is an answer to the biggest question of them all: how do we know if anything exists at all? Descartes managed to answer this succinctly. He argued that he could understand and be sure of the fact that he could think. He could not think about whether anything existed at all if he didn’t exist.

Therefore, he could be sure of his existence. The act of thinking is at least an indication of individual existence. Hence, “I think; therefore I am”.

This notion is the backbone of Descartes’ philosophy. It demonstrates the importance and power of our minds. We have the capacity to solve the big problems in the world and issues within ourselves by looking within our minds.

For centuries, people and communities had looked to God for answers on all manner of difficult questions about the world and ourselves. Descartes believed that we are able to use our rationale to search for the answers that always seem so elusive.

Descartes is important because he reminds us that looking within and taking time to think can find answers and knowledge about truth, and how to live a good life. He shows us how philosophy is instrumental for our understanding and our well-being.

Blaise Pascal was a genius in every sense of the word. He had many talents and could be given many titles. He was an inventor, mathematician, physicist, writer and religious philosopher.

Pascal achieved much in his younger life before becoming housebound at the age of 36 after an accident. He then focused most of his time on writing. 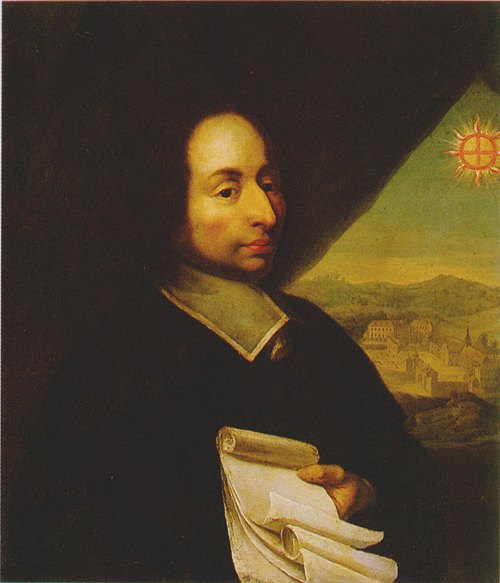 A famous piece of work by Pascal is called Pensées. The name of the book was given posthumously as it was never fully complete. It consists of fragmented notes and sayings attempting to be a defence of Christianity, with the aim of converting the reader to religious practice.

He tried to do this by arguing that we need God because of all the terrible realities and things that happen to us in our lives. We all feel lonely, we are prone to illness, and we are powerless to the directions that our lives take.

Pascal wanted to show the necessity for God because of these facts. However, revealing these pessimistic truths about our lives can be helpful to us, and strangely comforting.

When we go through difficult and dark times, we often feel helpless and alone. Pascal exposes the fact that everyone experiences these things, and feel the same way.

It may not have been his aim, but Pascal inadvertently comforts us by discussing our deepest fears of loneliness, depression and anxiety in such an open and pragmatic way.

Our love life often crashes and burns, we will lose our jobs, and we will eventually die. Yes, life is hard, cruel, unjust and deeply frightening. But we’re all in it together. Pascal can make us feel a little less lonely and empowers us to face our struggles.

Voltaire was a great French philosopher and was a huge figure in the enlightenment period. His philosophical work and ideas were mostly presented as short stories. He was an advocate for a freethinking and liberal society. 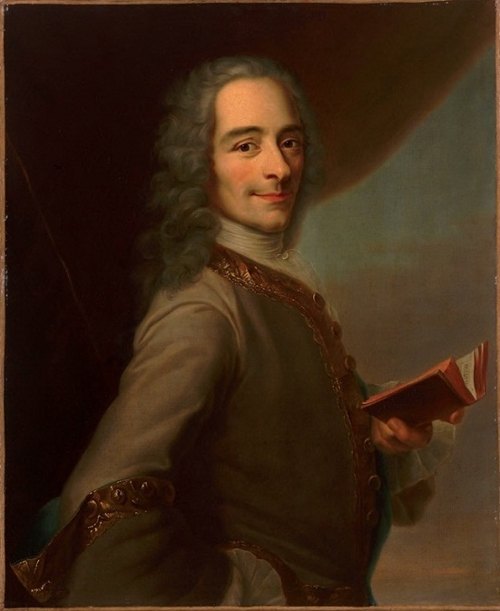 His writing is widely interpreted to be a form of pessimistic philosophy like much of his contemporaries and predecessors. He was also vocal about the necessity to improve society to fulfil his vision of a freethinking, tolerant and liberal world.

One issue he was concerned about was the understanding of good and evil. In his novella Candide, he discusses these issues. He presents a theory that we misrepresent evil, and that what appears to be evil is just part of God’s vision.

Hence, we should accept it because we should trust that it is geared towards a holy universal good. Events in the novel unravel and the characters reject this notion as an inadequate and deficient in the face of such a serious and crucial question.

Voltaire urges us to follow the ultimate enlightenment belief: we should use reason to find an answer. Using our rationale to individually recognise what is good and evil will make us free-thinking, well-informed and reasonable people.

We shouldn’t just carelessly accept what other people tell us. This can help us to understand the world around us and ourselves in a healthy and valuable way.

We can contribute to Voltaire’s vision of a liberal and freethinking society if we all do this.

Voltaire is important because he teaches of the need and responsibility to be rational and tolerant individuals for the sake of our own well being, and for the well being of society.

What we should learn from these French philosophers

These classic and important French philosophers give an array of teachings. We don’t have to agree with all that they say. However, their core ideas can be useful to us in many ways if we wish to take heed of them.

They may be able to provide wise advice and comfort to us in confusing and difficult times, and when we need it the most.