When it comes to psychopaths, we tend to focus our attention on men. I mean, off the top of my head I can think of many male psychopaths. For example, there’s Ted Bundy, BTK, Jeffery Dahmer, John Wayne Gacy, Dennis Nielsen, and Richard Ramirez to name a few. But what about female psychopaths? Is there such a thing? If there is, how do they differ from their male counterparts?

Psychopaths account for around 1% of the population. Yet, statistics show that in prison populations, the numbers are much higher. In fact, around 20-25% qualify for a diagnosis of psychopathy.

Although the majority are male, female psychopaths do exist. However, contrary to popular belief, not all psychopaths commit murder. In fact, the typical signs of psychopathy are thrill-seeking behaviour, little empathy and impulsivity.

The usual way to diagnose psychopathy is the Hare Checklist. This consists of 20 items including lack of guilt, grandiosity, parasitic lifestyle and lack of remorse. These items are scored between 0-2 depending on how well the person fits the criteria. The maximum score is 40, however, anyone with a score over 30 is considered to be a psychopath.

Now, the interesting thing is that women don’t tend to pass this threshold of 30 points for psychopathy. But men often do. Likewise, there are other differences. One study examined these differences between male and female psychopaths. Despite finding common traits across both genders, there are significant differences.

So, studies suggest that psychopaths do exist among both men and women, but they exhibit very different characteristics.

One study suggested four key areas in which these differences showed up:

However, women will flirt and use their womanly wiles to get what they want. On the other hand, men are more likely to use superficial charm when they manipulate.

Women psychopaths tend to run away when caught or exposed. They will also self-harm as a way of manipulation. Women will become verbally aggressive. They’ll use their relationship as a weapon against their victim.

For example, psychopathic women will use their relationships on social media to exclude their victim. On the other hand, men will use physical aggression and violence to escape getting caught.

Male psychopaths use superficial charm in their relationships to get their way. However, females go down a different route. Female psychopaths do not have the same grandiose sense of self as men.

As a result, their ego and self-image is not the main cause of their psychopathic behaviour. They are not striving for power in their relationships over their victims. Therefore, females tend to use promiscuity and sex rather than physical strength.

So, studies show that women psychopaths use different methods and skills. In addition, they also use them for different motives. Females want some kind of social benefits or financial gain. Whereas men are more likely to commit violent acts.

Men are obviously more physically aggressive than women. So, when you look at men and women in prison, the convictions reflect this. Men are convicted of violence-related crimes. Whereas women are in prison for drugs and prostitution.

There is a similar correlation between female psychopaths and the kind of crimes they commit. For instance, women don’t tend to rape or murder.

“When it comes to the sex differences in ratio it’s really large — nine males for every female murderer. So I would think you’d get that with male and female psychopathy too.” Adrian Raine, a professor of criminology at the University of Pennsylvania

However, some women do kill. Moreover, there are similarities between those that do. One study found that the majority of female serial killers were middle to upper class, white and were highly educated.

In addition, there’s another interesting difference between male and female psychopaths. Males tend to kill strangers, whereas females know their victims. In fact, two-thirds were related to them, with a third murdering their partner and just under half killing their own children.

However, the reasons are very different. Where men kill for sex or rage, women kill for money. 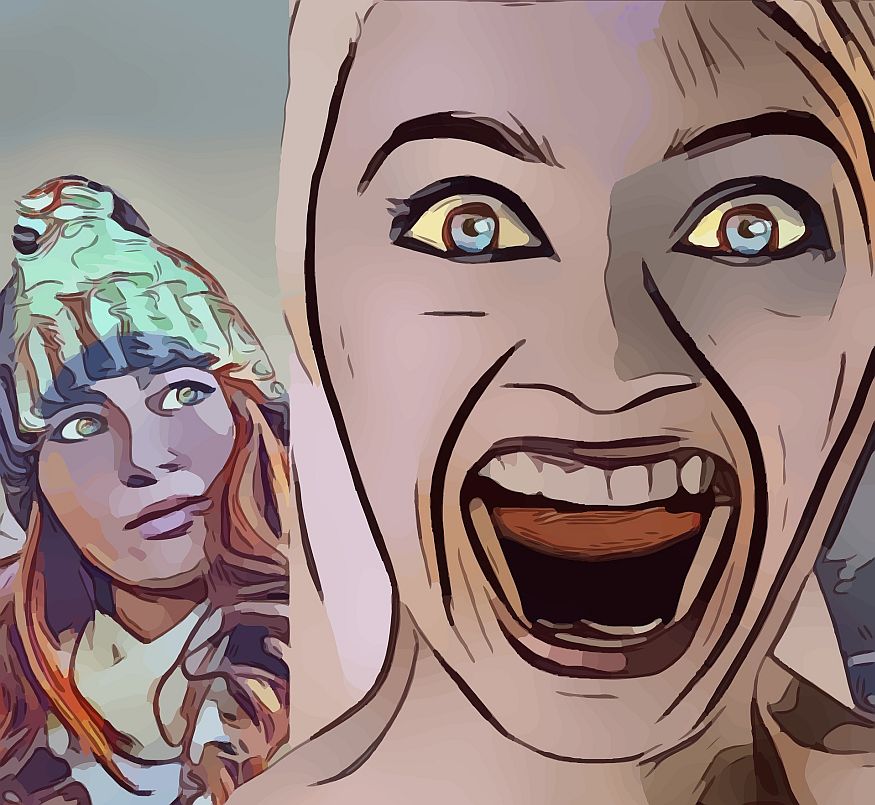 Typically, men earn more than women and hold higher positions of power than women. It is the norm in many western countries for women to rely on men to be the breadwinner.

Therefore, it makes sense for women to covet these things. However, it is still not socially acceptable for men to earn less than women. As such, they can be seen as a parasitic.

Men are also seen as confident. Men are leaders, they hold positions of power. They have top jobs in life. When it comes to female psychopaths, they have more emotional problems and are more nervous than their male equivalents.

Now we know the differences, is there any treatment for psychopaths in general? Studies suggest that there is not. However, as women tend to score lower on the Hare Psychopathy Checklist, there may be hope.

One way forward is to reduce the dependence on drugs and money to remove the criminal element. By closely monitoring the individual, we can know what motivates them in the first place.

Now that we know the differences between male and female psychopaths, we can tailor treatment and hopefully reduce the numbers.